Kuldeep Yadav was playing his first match of the series against Australia during the fourth Test. 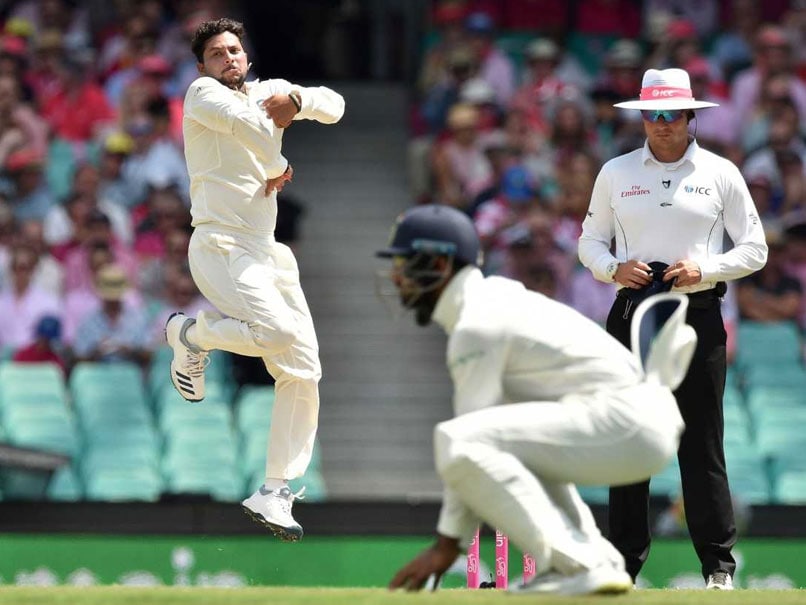 Kuldeep Yadav featured in his first match of the ongoing Test series.© AFP

Kuldeep Yadav while playing his first match in the ongoing series against Australia scalped three wickets in the first innings to put the hosts on backfoot at stumps on Day 3 of the final Test. Kuldeep Yadav bagged the important wickets of Usman Khawaja, Travis Head and Tim Paine to reduce the hosts to 236 for six, trailing by 386 runs. Later, in the press-conference, the 24-year-old spinner, credited the more experienced spinners Ravichandran Ashwin and Ravindra Jadeja for keeping him motivated in the nets. He also said that it is important to learn from them as they have played enough cricket.

"When you know you have Ashwin and Jadeja in the squad and you are the third (spinner), there is a lot to get (motivated by) them. They are the ones who keep pushing me in the nets - 'you have to bowl this way and in certain areas'. It is important to learn from them. They have played enough cricket and I am still learning."

Team India skipper Virat Kohli opted to play with two spinners during the Sydney Test. Kuldeep said, the decision only helped him to bowl from the other end as he could experiment a bit more and use the variations.

"When two spinners are playing it is important to build pressure from both sides. Jadeja bowls his overs very quickly and maintains a good line. So its becomes easy to bowl from the other end because you can then experiment a bit and use variation. The wicket is good for spinners as the ball is turning and bouncing," Kuldeep said.

Australia will resume Day 4 with Peter Handscomb (28 not out) and Pat Cummins (25 not out) at crease.

Australia Cricket Team Australia vs India 2018/19 Kuldeep Yadav Cricket
Get the latest updates on ICC Women's Cricket World Cup 2022 and IPL 2022, check out the Schedule , Live Score and IPL Points Table. Like us on Facebook or follow us on Twitter for more sports updates. You can also download the NDTV Cricket app for Android or iOS.