India vs Australia: Five Indian Bowlers To Watch Out For

Test matches can only be won by claiming 20 opposition wickets and the Indian bowlers have the skills to do just that. 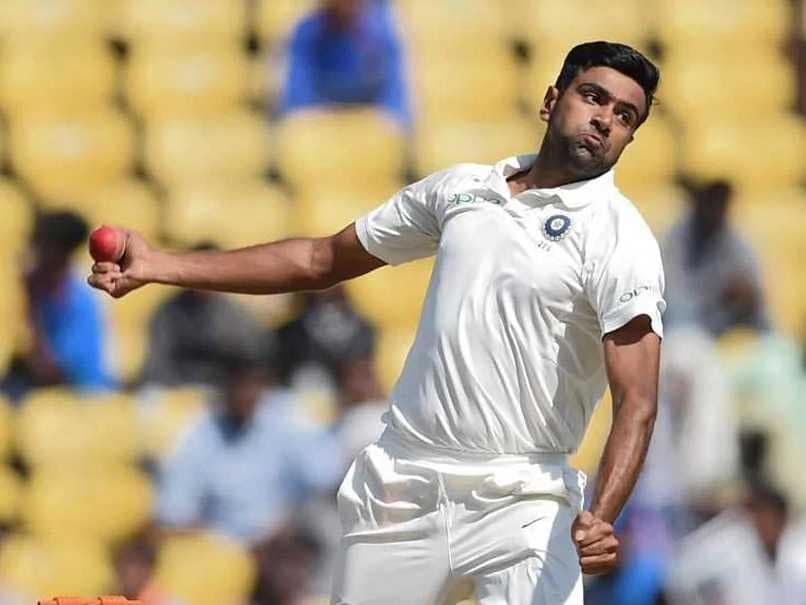 The Indian Test cricket team, placed on the top of the ICC rankings, will lock horns with Australia, sans Steve Smith and David Warner, in the four-match Test series, starting in Adelaide on Thursday. While India skipper Virat Kohli will be under the spotlight throughout the month-long Test series, his fast bowlers will be a sight to watch on the bouncy pitches in Australia. Adding to that, spinners Ravichandran Ashwin and Kuldeep Yadav, along with spin all-rounders Ravindra Jadeja and Hanuma Vihari, may pose a major threat to the hosts Down Under.

Australia's batting line-up misses prominent names such as Smith and Warner, both of which are currently serving a one-year bans for their involvement in the infamous ball-tampering scandal in March 2018.

As the Indian bowlers seem set to dominate the Aussies Down Under, here is a list of the top five, who may bring out their best to lead the visitors' challenge in tough overseas condition. 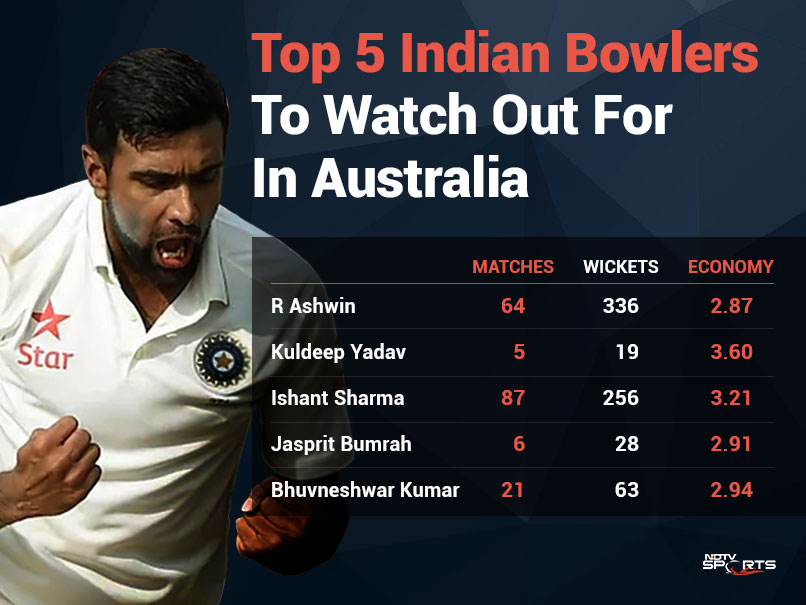 With 336 Test wickets in 64 matches to his name, Ravichandran Ashwin will be the leader of the pack in India's Test series Down Under. Ashwin has played six Tests in Australia, having claimed 21 wickets at an average of 54.71.

His performance has been below par in Australia in comparison to his overall Test record. However, India's Test specialist batsman Cheteshwar Pujara has shown his faith in the 32-year-old off-spinner ahead of the four-Test series, calling him a "clever" bowler. "I always say he is a clever bowler, he reads the batsmen really well...I think he has made a lot of changes. I can't describe what it is...But he has made some adjustments which has helped him," Pujara said at a press conference on Tuesday.

Twenty-three-year-old left-arm wrist spinner Kuldeep Yadav has already become a big name among world's most prominent spinners of the current era. He has played just five Tests but has been remarkable as he already has 19 wickets to his name at a notable average of 25.26. It will be Kuldeep's maiden tour to Australia. However, he claimed four big wickets in Warner, Shaun Marsh, Peter Handscomb and Glenn Maxwell in Dharamsala when Australia toured India in 2017.

India's senior-most pacer Ishant Sharma, who has played 10 Test matches in Australia, has enough firepower in his armoury to intimidate best of the Aussie batsmen. He had claimed nine wickets when he last toured Australia for a four-match Test series in 2014. Overall, he has 20 wickets to his name at an average of 62.15 on quick Australian pitches.

Sharma is eyeing an improved show in Australia this time and believes that it is the best opportunity for India to clinch the Border-Gavaskar Trophy. "That's the biggest opportunity for us right now. We always have a good balance of players in our side, who can do great things for us, so it's very promising," he said.

Just like Kuldeep Yadav, the other product of the Indian Premier League, Jasprit Bumrah, gave his Test career a flying start after making debut against South Africa at Cape Town in January this year. The 24-year-old pacer has claimed 28 wickets in six Tests with an impressive economy of 2.91 per over.

Bumrah will face Australia in a Test match for the first time in his career. India's death-overs specialist is expected to play a big role in the series ahead as he impressed one and all with a stunning yorker to dismiss tail-ender Jackson Coleman in the four-day practice match in Sydney.

Bhuvneshwar Kumar, who bowls with the red cherry at the start of the match, might face a competition with Umesh Yadav and Mohammed Shami to make his space in the playing XI for Australia Tests. The 28-year-old swing bowler, however, holds an edge over the other two pacers, thanks to his consistent bowling and determined batting at the lower-order, a skill that he has developed recently. With the help of his ability to swing the ball both ways and occasional knuckle balls, Bhuvneshwar has picked up 63 wickets in 21 Test matches so far.

The Meerut-born medium-pacer will aim to improve his previous record in Australia as he managed to claim just one wicket in the only Test he played Down Under in 2015.

Bhuvneshwar Kumar Australia vs India 2018/19 Cricket
Get the latest updates on Fifa Worldcup 2022 and check out  Fifa World Cup Schedule, Stats and Live Cricket Score. Like us on Facebook or follow us on Twitter for more sports updates. You can also download the NDTV Cricket app for Android or iOS.