Virat Kohli Eight Runs Away From Significant Milestone In Australia 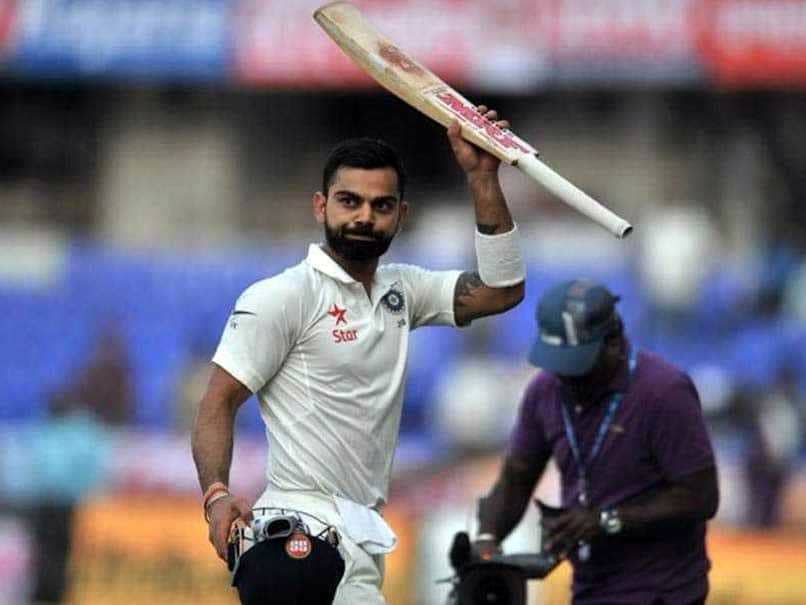 Virat Kohli is already making the Australians think way before the start of Test series.© AFP

Virat Kohli will soon join an illustrious club comprising Rahul Dravid, VVS Laxman and Sachin Tendulkar. The Indian captain, who is eyeing a Test series victory Down Under, is only eight runs away from reaching 1,000 Test runs in Australia. Kohli currently has 992 runs from eight Test matches played in Australia, with a highest score of 169, which he made during the 2014 tour at the Melbourne Cricket Ground. In Australia, Kohli averages 62 with five Test hundreds and two half-centuries to his name.

Talking about the other three Indians ahead of Kohli in the list, Tendulkar amassed 1809 runs, Laxman 1236 and Dravid 1143 runs.

"You need to be switched on from ball one. Because if (Virat) Kohli has faced 20-odd balls and he has got more than 10-15 runs, he usually gets a significant score. And that is why it Is so crucial to impact early. There cannot be any warm-up deliveries against Kohli," Gillespie was quoted as saying by ESPNcricinfo.

Ponting had a sound piece of advice for Australian bowlers. "You have to be able to impose yourself on the game in a way other than using your mouth. You've got to use your actions and your skills and if they do that, then they can definitely unsettle him," Ponting told cricket.com.au in an interview.

After the Adelaide Test, India play the rest of the three matches against Australia in Perth, Melbourne and Sydney. The Test series will be followed by a three-match ODI series.

Virat Kohli Australia vs India 2018/19 Cricket
Get the latest updates on India vs Australia Series, check out the India vs Australia Schedule for 2020-21 and Ind vs Aus live score . Like us on Facebook or follow us on Twitter for more sports updates. You can also download the NDTV Cricket app for Android or iOS.
Advertisement