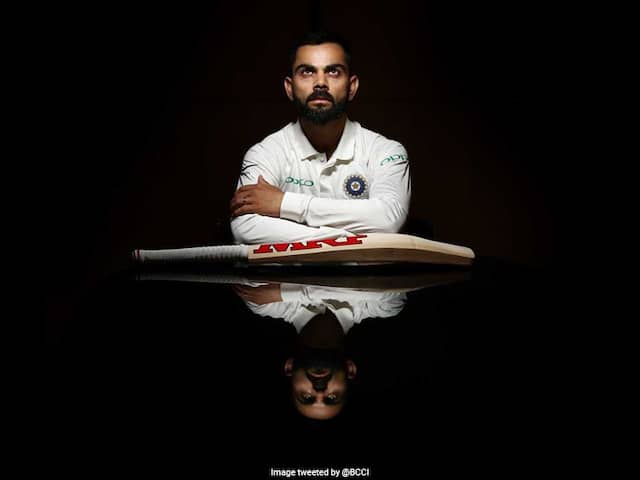 Virat Kohli is already making the Australians think days before the India-Australia Test series, which starts December 6 at the Adelaide Oval. After former fast bowler Jason Gillespie urged the Australian bowlers to "make Kohli earn every run", veteran batsman Ricky Ponting now has some of advice for the home side. In an interview with cricket.com.au, Ponting suggested that it is only by using their skills that the Australian bowlers can "unsettle" Virat Kohli and the rest of the Indian side.

"The great Australian teams that I played in always had a few words to say, but it was always on the back of some good, hostile bowling first. You can't do it (verbals) without it – it's just rubbish otherwise. You have to be able to impose yourself on the game in a way other than using your mouth. You've got to use your actions and your skills and if they do that, then they can definitely unsettle him," he said.

Further talking about cornering the Indian captain during the four-match gruelling Test series, Ponting suggested a technique Australian bowlers can adopt while tackling the Kohli threat.

"If the ball is not moving, he's going to be really hard to get out. With someone like him who likes to score freely, he's obviously got a big ego but there's other things you can do. You can put a few fielders out (on the boundary) early on, don't let him get any boundaries. Maybe don't go as aggressive at him early on. Try to bowl lots of tight, consistent stuff. He likes to run the ball down to third man a lot as well, so maybe just play around with some guys in different areas which might just get inside his head as to what we're trying to do," he said.

With all eyes fixed on Virat Kohli and fans are hoping for an Indian series win, primarily due to the absence of banned Australian duo Steve Smith and David Warner. The Indian team, which is already busy prepping for the high-voltage Test series in Australia, will play three One-day Internationals against Australia in January.

For India, the biggest boost ahead of the series will be most of their batsmen getting among the runs during the practice match.

India's last tour to Australia which came in 2014 saw the tourists losing the four-match series 0-2. India had lost their first two encounters but they returned to salvage a draw in the final two clashes.

Virat Kohli Ricky Ponting Australia vs India 2018/19 Cricket
Get the latest Cricket news, check out the India cricket schedule, Cricket live score . Like us on Facebook or follow us on Twitter for more sports updates. You can also download the NDTV Cricket app for Android or iOS.