Ravichandran Ashwin could well emerge as the key bowler for India Down Under. 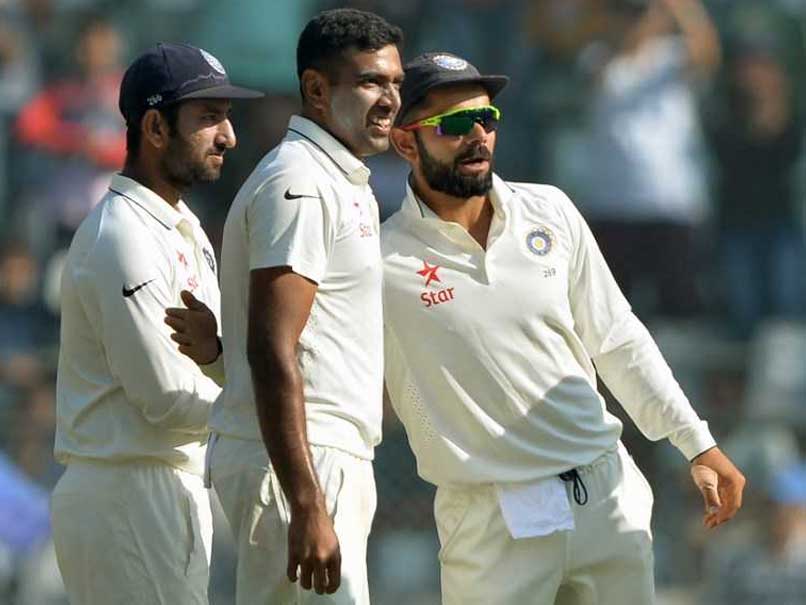 Cheteshwar Pujara is confident that team-mate and star India spinner Ravichandran Ashwin will come good for India vs Australia in the four-match Test series that begins with the first Test in Adelaide starting on Thursday. Cheteshwar Pujara called Ashwin a "clever bowler" and said that the experienced off-spinner had added to his bag of his tricks, having made some technical adjustments. Ashwin has struggled on Australian soil, taking 21 wickets at an average of 54.71 in six Tests -- a record that is underwhelming when compared to his overall Test statistics of 336 wickets at 25.44.

However, Pujara backed his team-mate saying his stint in county cricket has helped him regain confidence. Ashwin played for Worcestershire earlier this year with decent results.

"I always say he is a clever bowler, he reads the batsmen really well...I think he has made a lot of changes. I can't describe what it is...But he has made some adjustments which has helped him," Pujara said.

"He also has played some county cricket, enough cricket in England, which is obviously overseas, different conditions, not much help for spinners.

"So when he plays in Australia, he knows what he has to do, he also has played a series in 2014-15, so he is very confident now and whatever adjustment he had to make, he has already done."

On to the subject of Indian batting and its over-reliance on an in-form Virat Kohli, Pujara insisted there is no extra pressure on the line-up despite losses to England and South Africa.

"It's always about batting as a unit. When you go out there you want to perform to best of your ability rather than thinking whether there is extra pressure or not," he said.

"We have some goals as a batting unit...I don't think there is any pressure on the batting unit. Most of our batters are experienced enough. So we trust our preparation and ability."

On the individual goals for the series Down Under, Pujara said experience of playing the last series against Australia in 2016-17 will help his batting.

"When you have faced some bowlers in the past, you know what are their strengths and weaknesses. So it will help me in this series," he said.

"But it will be a fresh start and I don't want to focus too much on what I have done in the past. I am confident but at the same time I would also like to respect the opposition."