Rohit Sharma, Jasprit Bumrah and Kuldeep Yadav were the other Indian cricketers who found a place in the squad. 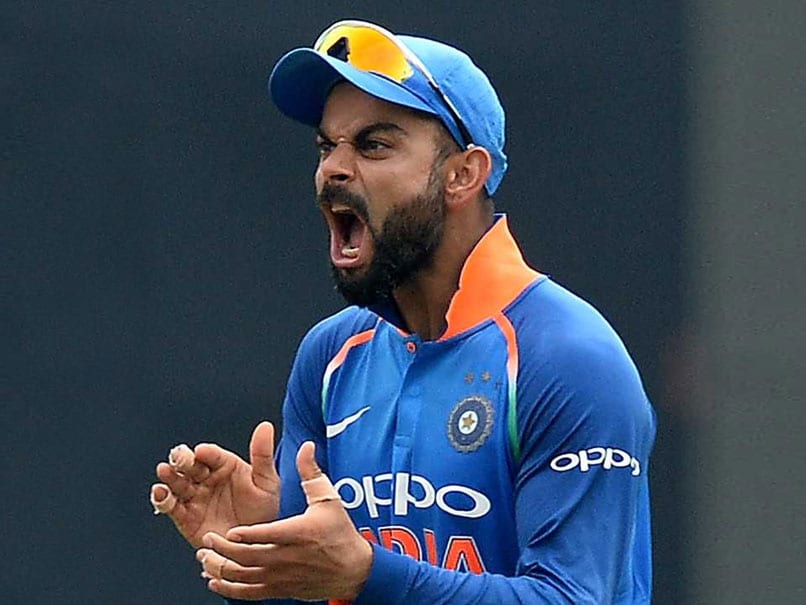 Virat Kohli has won hearts with his tremendous performance wherever he has played.© AFP

Virat Kohli has won hearts with his tremendous performance wherever he has played throughout the year. The 30-year-old Virat Kohli has also been phenomenal in leading his side in all three formats of the game. As a result, Kohli was named as skipper of Cricket Australia's One-Day International (ODI) team of the year. He had played 14 ODIs in the year, scoring over 1,200 runs at an outstanding average of 133.55. He has also notched up six tons and three half-centuries in 2018, with the highest score of 160 runs.

Apart from Kohli, Rohit Sharma was named as the opener in Cricket Australia's team of the year along side England's Jonny Bairstow.

Barring the Indian ODI skipper and his deputy, spinner Kuldeep Yadav and death-over specialist Jasprit Bumrah too found a place each in the squad.

Kuldeep has scalped 45 wickets this year at an economy rate of 4.64. He also bagged one five-wicket haul this year with the best figures of six for 25.

While Bumrah had picked 22 wickets from 13 matches at an economy of 3.62. However, he failed to bag a five-wicket haul this year with the best bowling figure of four for 35.

Meanwhile, India's next ODI campaign begins on January 12, 2019 in Sydney against Australia. The other two matches in the series will be played in Adelaide and Melbourne respectively.