"Slightly Wasted": Allan Border On Glenn Maxwell Batting At No.7

Glenn Maxwell remained unbeaten on 11 runs from 5 deliveries during the first ODI against India. 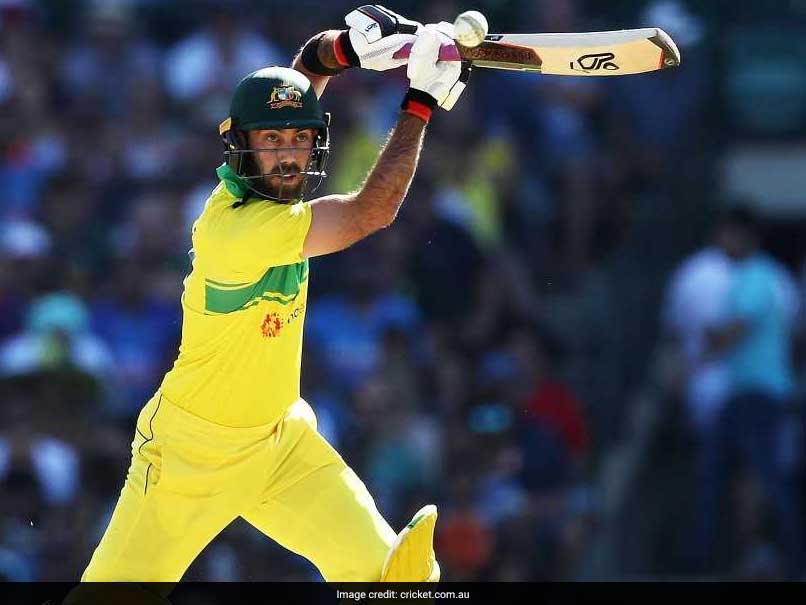 Glenn Maxwell began his international career in the year 2012.© Twitter

Glenn Maxwell is well known for his power-hitting ability. However, during the first One-Day International (ODI) against India in Sydney, Glenn Maxwell stepped in to bat at no.7 and could only face five deliveries. Australian legend Allan Border is clearly not in favour of Maxwell batting at No.7 and said, the all-rounder's ability is being wasted at that position. Border also advised to use Maxwell in the batting line-up according to the circumstance as he is someone who can bat at No.3 as well.

"It feels to me that he's slightly wasted in that position," Border told foxsports.com.au.

"Hopefully going forward he can be used as not a pinch-hitter but, depending on the circumstances of the game, you could throw him in at No.3 if you had a good start for example," he added.

Maxwell remained unbeaten on 11 runs from five deliveries in Australia's win over India during the first ODI. His knock also consisted of a boundary and he scored at the strike rate of 220.00.

The 30-year-old Maxwell also bowled two overs but failed to scalp any wickets during the match.

Maxwell, who began his international career in the year 2012 with the limited-overs format, has played 7 Tests, 88 ODIs and 57 Twenty20 Internationals (T20Is) for the national team.

He averages over 30 in the limited-overs with the highest score of 102 runs in the ODIs. With the ball, Maxwell has picked 45 wickets in the ODIs with the best bowling figures of 4 for 46.

Australia, who lead the ODI series 1-0 will host India for the next two matches in Adelaide and Melbourne respectively.

Glenn Maxwell Cricket
Get the latest updates on IPL Auction 2023 and check out  IPL 2023 and Live Cricket Score. Like us on Facebook or follow us on Twitter for more sports updates. You can also download the NDTV Cricket app for Android or iOS.