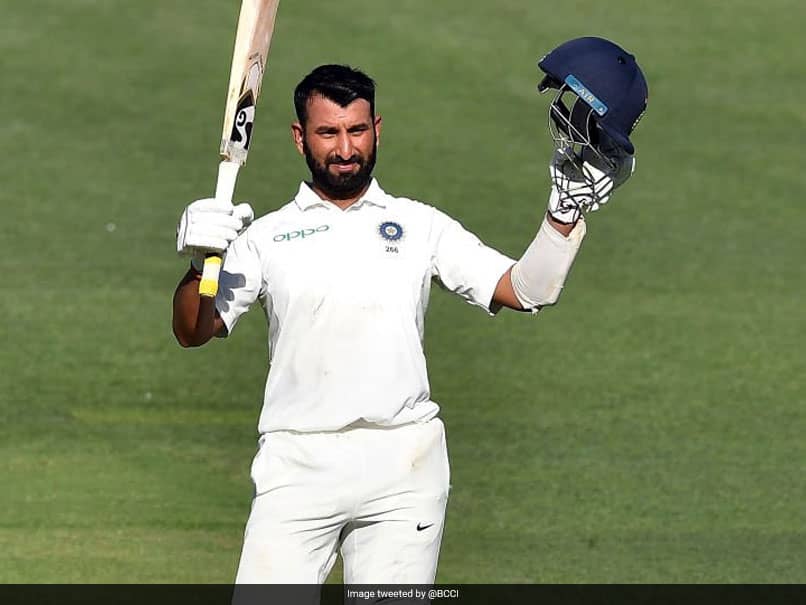 Cheteshwar Pujara received a lot of praise from the cricket fraternity.© Twitter

Cheteshwar Pujara received a lot of praise from the cricket fraternity for scoring his first Test century in Australia during the first Test against the hosts. Pujara's gritty 123-run knock, which was also the highlight of the visitors' first innings also inspired the Kolkata Police for raising a new traffic signal awareness campaign. Kolkata Police used the top-order Indian batsman's century celebration picture and clubbed it with a picture of a person wearing seat belt while driving his car.

Pujara is not the first Indian cricketer to be involved in such traffic signal awareness as his fellow teammate Jasprit Bumrah was a part of Jaipur Traffic Police's road safety campaign in 2017.

Bumrah was then left enraged by Jaipur Traffic Police's decision to use his ICC Champions Trophy 2017 final no-ball image as a campaign for road safety.

A large billboard shows the image with two cars behind a line on one side and Bumrah's no ball on the other with the caption: "Don't cross the line. You know it can be costly".

Bumrah had not found the campaign funny and replied on Twitter. "@traffic_jpr well done Jaipur traffic police this shows how much respect you get after giving your best for the country." He added, "@traffic_jpr But don't worry I won't make fun of the mistakes which you guys make at your work .because I believe humans can make mistakes."

Cheteshwar Pujara Cricket
Get the latest updates on India vs Australia Series, check out the India vs Australia Schedule for 2020-21 and Ind vs Aus live score . Like us on Facebook or follow us on Twitter for more sports updates. You can also download the NDTV Cricket app for Android or iOS.