Steve Smith and David Warner, who are serving year-long suspensions for ball-tampering, will be unavailable for selection until late March. 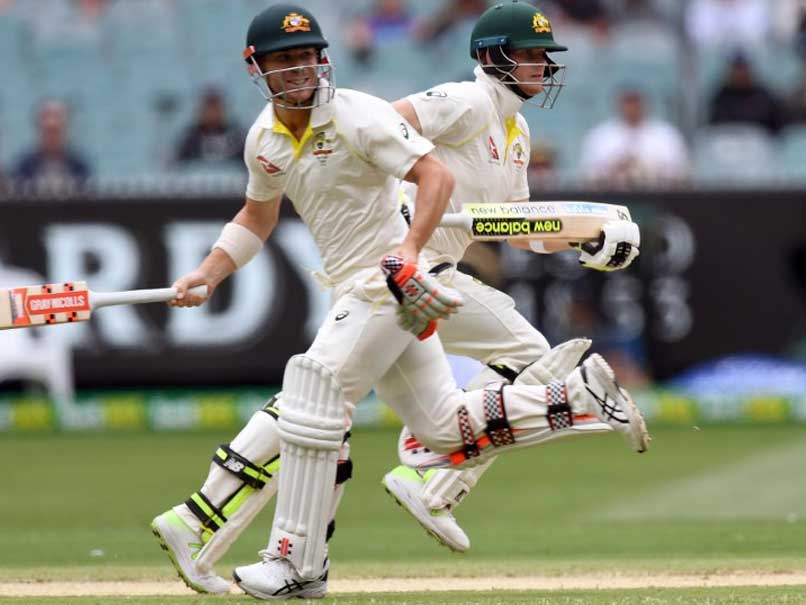 Tim Paine admitted that Australia need banned Steve Smith and David Warner back in the side.© AFP

Australia captain Tim Paine admitted that the hosts desperately needed banned Steve Smith and David Warner back in the side after they were handed a humiliating 137-run defeat by India in the Boxing Day Test at the Melbourne Cricket Ground (MCG) on Sunday. Paine acknowledged the fact that not having world-class batsmen was hindering his team's chances of competing with teams like India, ranked number one in the world. "I think it's pretty clear that if you take two or three of the best players out of anyone's line-up around the world, you're going to struggle a little bit at times and you are going to have inconsistent performances," Paine said after the loss.

Smith and Warner, who are serving year-long suspensions for ball-tampering, will be unavailable for selection until late March.

"The silver lining is that we do have world-class players that are available soon to come back into this side, and clearly when they do they will make a huge difference."

Other than tailender Pat Cummins, no Australian passed 50-run mark in Melbourne, exposing the lack of depth in their batting.

"I think it's inexperience, it's pressure, India's bowling attack is probably as good as most of us have ever played," Paine added.

Australia have included all-rounder Marnus Labuschagne to their squad for the final Test in Sydney.

"I think they'll be a lot of things on the table in the next day or two and of course I have some thoughts on what I think but I will share them with JL (coach Justin Langer) before I share them here," he said.

"But I think we have the best group of players available to us at the moment and we'll pick the best combination of that group that we think will win this last Test," Paine concluded.

After the win at the MCG, India lead the four-match series 2-1 with the fourth and final Test to be played at the Sydney Cricket Ground (SCG), starting January 3.

David Warner Tim Paine Australia vs India 2018/19 Cricket Australia vs India, 3rd Test
Get the latest updates on ICC Women's Cricket World Cup 2022 and IPL 2022, check out the Schedule , Live Score and IPL Points Table. Like us on Facebook or follow us on Twitter for more sports updates. You can also download the NDTV Cricket app for Android or iOS.