Afghanistan vs Pakistan, Asia Cup 2022: After the win, Pakistan captain Babar Azam said that Naseem Shah's match-winning six reminded of Javed Miandad hitting Chetan Sharma for a six off the final ball of the match to seal the contest for Pakistan in 1986 Austral-Asia Cup. 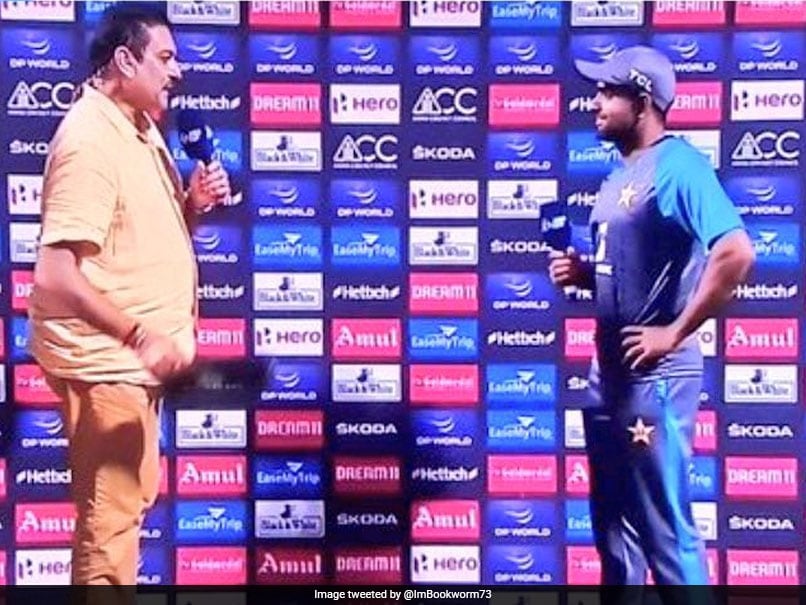 Young pacer Naseem Shah was the star of the show for Pakistan, but it was not with the ball in hand. He won the match for Babar Azam-led side with the bat, in fact, against Afghanistan in the Super 4 clash of the ongoing Asia Cup. Naseem smashed two sixes off the first two balls of the final over bowled by Fazalhaq Farooqi to seal a one-wicket win for Pakistan. The match was one for the ages, and even skipper Babar could not hold his emotions at the post-match presentation.

To this, Shastri replied: "I was there that day, thanks for reminding."

Javed Miandad had hit a final-ball six in the 1986 Austral-Asia Cup off the bowling of India's Chetan Sharma, and as a result, Pakistan registered a famous victory. Naseem might not have a hit a final-ball six, but still everyone will remember his heroics for the time to come.

Speaking about the match, Babar said: "To be honest, the dressing room was very tensed. The team was walking in and out of the dressing room. Excellent with the way Naseem Shah finished it off."

"Sharjah is always low-scoring, and Mujeeb and Rashid Khan are two of the best bowlers. We just wanted to take the match deep," he said about Pakistan's strategy.

"The way we started with the ball was excellent. In our batting, we didn't execute our plans very well, but Naseem was outstanding. At the back of the mind, I have seen Naseem play like this earlier, and I had the belief in him," the Pakistan skipper said.

Afghanistan were put in to bat first and they posted 129/6 in 20 overs. Chasing 130, Pakistan were cruising at one stage with the score being 87/3 in the 16th over. However, Pakistan collapsed from there to 118/9 in the penultimate over. In the final over, they needed 11 for a victory, and it was Naseem Shah who turned out to be the hero for Pakistan.

Babar Azam Ravi Shastri Asia Cup, 2022 Cricket Javed Miandad Naseem Shah
Get the latest updates on IPL Auction 2023 and check out  IPL 2023 and Live Cricket Score. Like us on Facebook or follow us on Twitter for more sports updates. You can also download the NDTV Cricket app for Android or iOS.