Max Waight did trash duty at one Australian dollar per household for four years before he reached the AUD 1500 mark that his father said he would match. 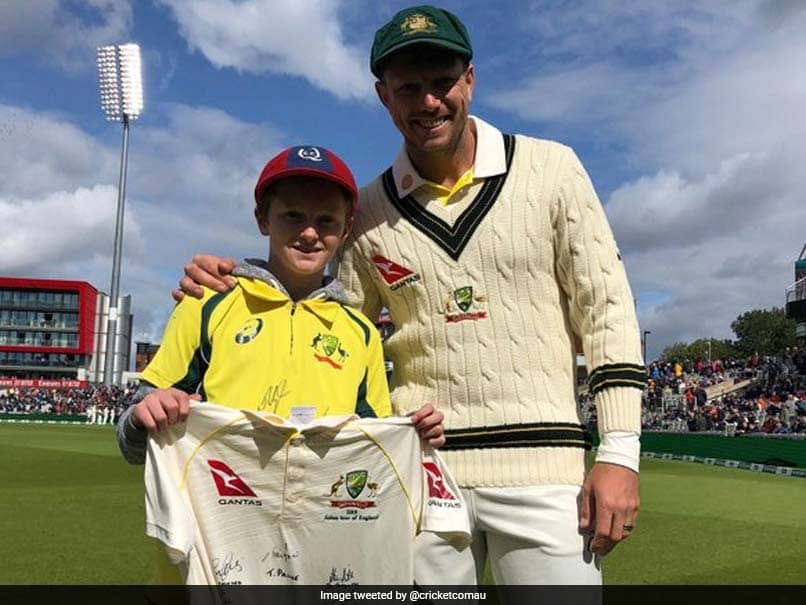 The Ashes is arguably cricket's greatest rivalry with players from England and Australia giving it their all to claim the bragging rights. But it seems it's not just the players that are pulling out all the stops. According to cricket.com.au, Max Waight, a 12-year-old from the south coast of Victoria in Australia, took out his neighbours' garbage on the weekends for four years for a paltry sum of $1 per household -- all so that he could watch the Ashes live in the UK.

According to cricket.com.au, the thought of going to England to watch the Ashes first came to Max's mind when he saw Australia win the World Cup 2015 on home soil. Max was told by his father, Damien, that he needed to raise AUD 1500.

Max offered his waste management services to his neighbours, which was well received. For four years, the youngster took out the trash for his neighbours, only missing his duties if away on camps or ill.

Not only did reach the target but ended up exceeding it. Max's father stayed true to his words and along with his son, took the entire family to the UK to watch the fourth Ashes Test in Old Trafford, Manchester.

"When I said it, I had to follow through," Damien Waight told cricket.com.au. "If he saved up the money I wasn't going to let him down.

"You don't fast forward in your mind at the start and think you're going to do it but it's good that we are here.

"It's an amazing experience, we've got our whole family and another close family that we're friends with. We're just making memories."

Max's dream didn't end just there. Apart from attending the fourth Ashes Test, the 12-year-old Victorian also got the opportunity to spend time with his cricketing heroes.

Max and his two brothers travelled to Old Trafford on the team bus, even pictured sitting next to Australia coach Justin Langer.

"I sat next to Steve Waugh, Justin Langer and Nathan Lyon," Max said.

"Steve Smith and Pat Cummins are my favourites," Max said. "I got to talk to them about how they prepare and play the game. It was very enjoyable."

On Day 2 of the ongoing match, Max was presented with an Australian cricket jersey which was signed by all the players.

England Cricket Team The Ashes 2019 England vs Australia, 4th Test Cricket
Get the latest updates on India vs Australia Series, check out the India vs Australia Schedule for 2020-21 and Ind vs Aus live score . Like us on Facebook or follow us on Twitter for more sports updates. You can also download the NDTV Cricket app for Android or iOS.