In reply to Jofra Archer's tweet, a fan posted a GIF which showed a headless man and likened him to Steve Smith. 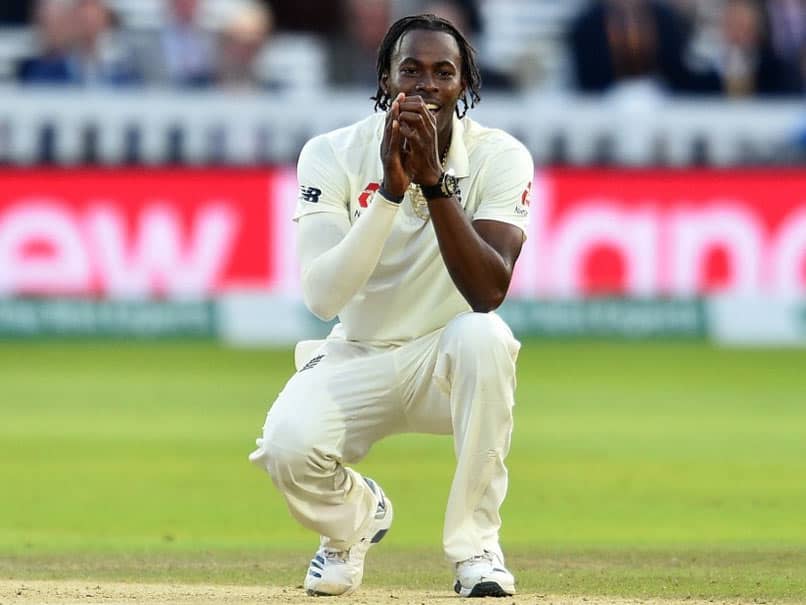 Jofra Archer has been the talk of the town after making a sensational Test debut, producing a hostile and compelling display as the rain-affected second Test ended in a draw at Lord's. Not only did he take five wickets, he repeatedly unsettled Australia with a short-pitched balls. The 92mph bouncer that hit Steve Smith on the neck forced the star batsman to miss the last day with concussion. Jofra Archer's vicious bowling had fans sitting on the edge of their seats with Australian batsmen doing their best to take cover. After the end of the Lord's Test, Archer took to Twitter to post a GIF, likening himself to an elderly man with a walking stick, struggling to get up from the sofa.

Me getting out of bed tomorrow morning pic.twitter.com/dQ6FK91EWr

In reply to Archer's post, a Twitter user put out an another GIF with the caption: "Steve smith getting up this morning". The GIF which showed a headless man got a reaction out of the right-hand pacer, who labelled the post "naughty".

World Cup-winner Archer, who replaced the injured James Anderson in England's team for the second Ashes Test, took five wickets in the drawn match, including 3-32 in Australia's second innings on Sunday.

But Archer's display, which almost helped England achieve an unlikely and series-levelling win in a match severely affected by rain, was about much more than economical figures.

Archer hit several Australians, with a fearsome bouncer that slammed into Steve Smith's unprotected neck leading to a concussion that kept the star batsman off the field on the last day at Lord's and could rule him out of the third Test in Leeds starting on Thursday.

Steve Smith The Ashes 2019 Cricket
Get the latest updates on India vs England Series, India vs England , live score and IPL 2021 Auction . Like us on Facebook or follow us on Twitter for more sports updates. You can also download the NDTV Cricket app for Android or iOS.