Team India Have First Practice Session In Harare Ahead Of ODIs. See Pics 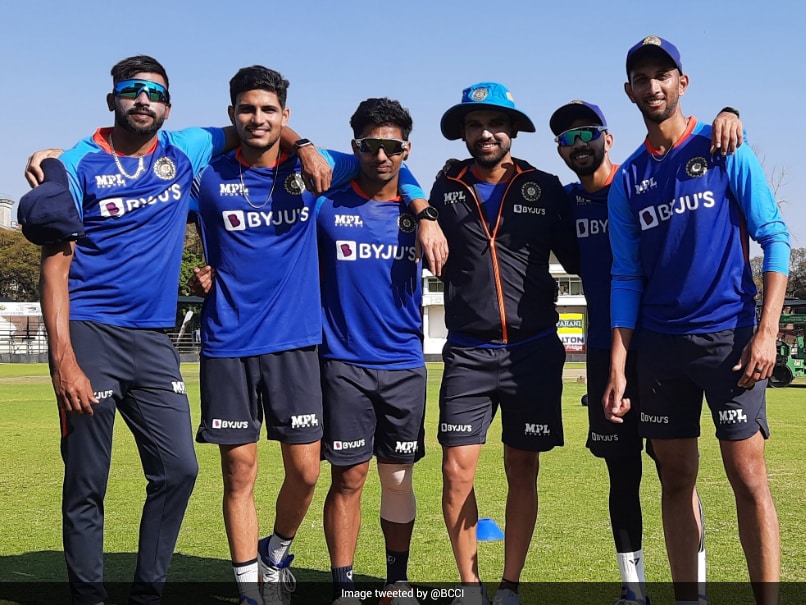 After clinching the white-ball series against West Indies, Team India is all set to take on Zimbabwe for a three-match ODI series. Ahead of the first match, which will be played on August 18 at Harare Sports Club, the KL Rahul-led side took to the ground for their firt practice session. In pictures shared by the BCCI on Twitter, players like Deepak Chahar, Mohammed Siraj, Shubman Gill, Ruturaj Gaikwad, were seen practicing at the ground.

Deepak Chahar has made his comeback into the side after missing most of the series this year due to injury. Earlier, Shikhar Dhawan was chosen to lead the side, but once KL Rahul was deemed fit, the right-handed batter was made the captain with Shikhar acting as his deputy.

A fit-again KL Rahul will lead India in the ODI series against Zimbabwe, while Shikhar Dhawan has been named his deputy. Earlier, in the initial 15-member squad announced by the BCCI on July 30, Rahul's name was not present and Dhawan was supposed to lead the team. However, last week, the BCCI said in a statement that Rahul has been cleared to play. The three ODIs will be played at the Harare Sports Club on August 18, 20 and 22.

It is worth noting that Laxman is set to coach India in the tour as the Zimbabwe series concludes on August 22, giving very less turnaround time as the Asia Cup starts soon after that on August 27 in the United Arab Emirates. Team India will be taking on against their arch-rivals Pakistan in their opening game on August 28.

Shikhar Dhawan Ruturaj Gaikwad Cricket
Get the latest updates on India vs South Africa and check out  Schedule, Results and Live Score. Like us on Facebook or follow us on Twitter for more sports updates. You can also download the NDTV Cricket app for Android or iOS.