Jemimah Rodrigues, Washington Sundar All Smiles In Selfie From Manchester

Washington Sundar, who was recently ruled out of the Zimbabwe series due to injury, bumped into Jemimah Rodrigues in Manchester and of course they had to click a selfie. 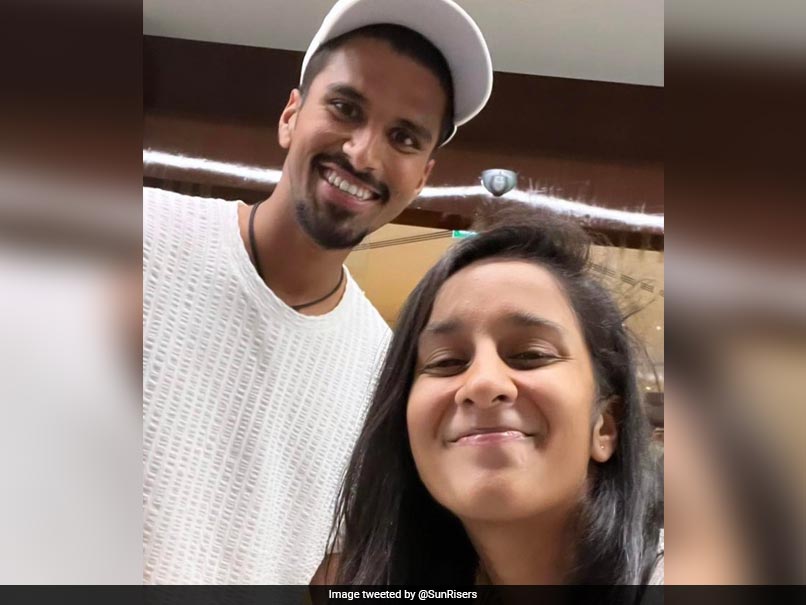 India all-rounder Washington Sundar, who was recently ruled out of the Zimbabwe series due to injury, had a moment of fun when he bumped into India women's team all-rounder Jemimah Rodrigues in Manchester on Wednesday. Rodrigues has also been ruled out from The Hundred competition, where she was a part of the Northern Superchargers Women, while Washington was a part of the Lancashire team in County Cricket as well as the Royal London Cup. Taking to Twitter, Washington's Indian Premier League franchise, Sunrisers Hyderabad, posted the picture of the two and captioned it, "Just a couple of Indian No.5s bumping into each other in Manchester."

Just a couple of Indian No.5⃣s bumping into each other in Manchester

Talking about the Zimbabwe series, Washington was ruled out after he sustained a left shoulder injury during a 50-over game for his county side Lancashire. It has been a rough last 12 months for the talented spin bowling all-rounder from Tamil Nadu, who has missed one series after another due to various types of injuries as well as COVID-19 related issues.

Washington was replaced by Shahbaz Ahmed in the three-match ODI series against Zimbabwe, which was eventually won by India with a 3-0 clean sweep.

On the other hand, Rodrigues was ruled out of the ongoing season of The Hundred after she picked up an injury. She played two matches for the Northern Superchargers and scored a half-century in the first game against Oval Invincibles. Rodrigues was replaced by Gaby Lewis from the Republic of Ireland.

Rodrigues, who was the highest scorer for the Superchargers last season, was also a part of the Indian team that won silver at the 2022 Commonwealth Games. She played a key role in India's performance at the Games.

India Women Washington Sundar Jemimah Rodrigues Zimbabwe vs India 2022 IPL 2022 Cricket Social
Get the latest updates on Fifa Worldcup 2022 and check out  Fifa World Cup Schedule, Stats and Live Cricket Score. Like us on Facebook or follow us on Twitter for more sports updates. You can also download the NDTV Cricket app for Android or iOS.