A maiden international century had been eluding Shubman Gill, despite coming close on a few occasions, but he revealed how a chat with Yuvraj Singh helped end his wait. 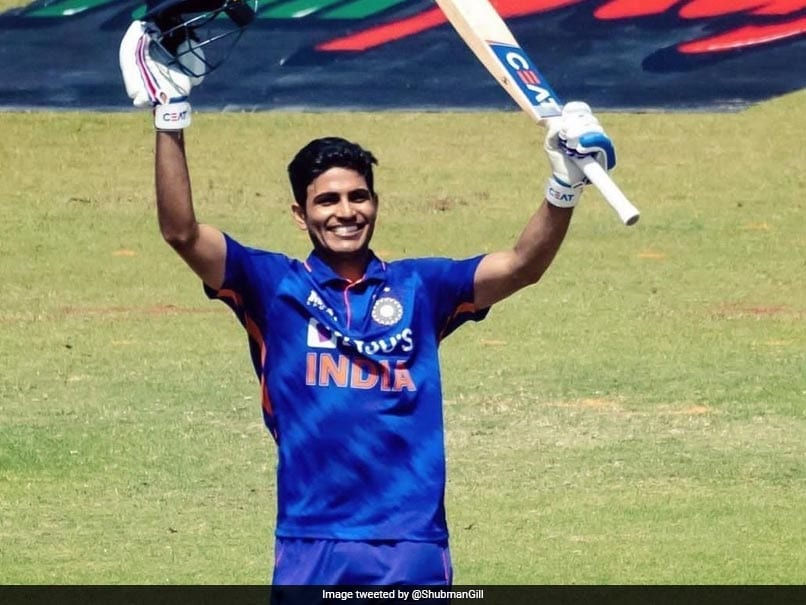 Talented India batter Shubman Gill said former all-rounder Yuvraj Singh had told him to bat through once he is well set, an advice which paid off as he smashed his maiden ODI hundred during the third match against Zimbabwe here. Gill on Monday slammed 130 off 97 balls with the help of 15 boundaries and one six to steer India to a 13-run win and a 3-0 series sweep against Zimbabwe. His innings earned him accolades from several former players, including Yuvraj, who had taken to twitter to lavish praise on him.

"I just met him (Yuvraj) before coming to Zimbabwe and he just told me that you're batting well and just go there and when you're set, look to bat through," Gill said in a video uploaded by BCCI.

Gill, who was desperate to reach to his first hundred after scoring 98 not out in the previous series against West Indies, became the third youngest Indian to score an ODI century abroad after Yuvraj and Virat Kohli.

"It was a good wicket to bat on, I got your company and luck was in my favour and it was important for me to make the most of the opportunity ad I am happy I did that," Gill, who was adjudged the Player of the Match, told Ishan Kishan during a chat.

Zimbabwe batter Sikandar Raza also produced a special innings of 115 off 95 balls to almost take his team to victory before Gill took a sensational catch in the deep as India emerged victorious by 13 runs.

"The game was pretty tight. We didn't expect the game to go this deep but this is what cricket is about," he said.

"When the ball went in the air, first I was thinking, 'ok, it's going to come to me at an easy pace'. But the ball was dipping and I was like 'it shouldn't fall down'. So I just dived to take the catch."