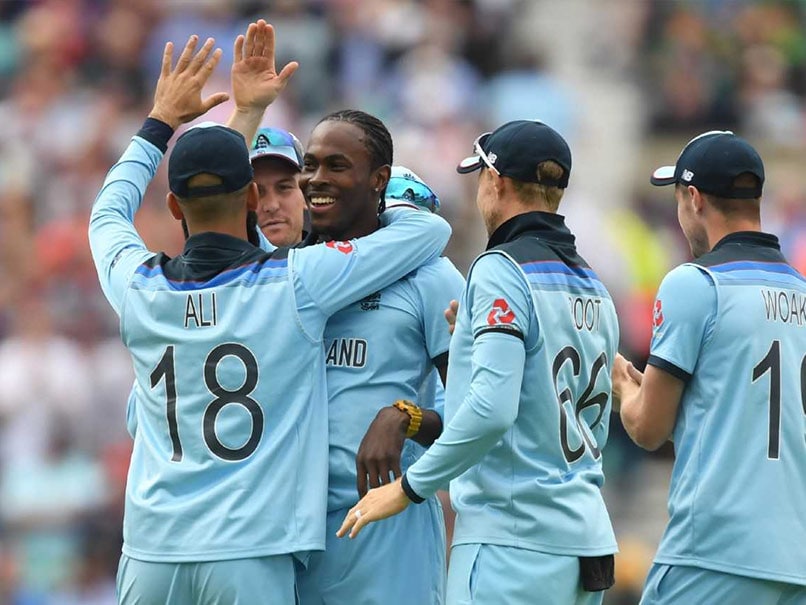 World Cup 2019 hosts England defeated South Africa in the tournament opener by 104 runs. South Africa's chase took a hit when Hashim Amla had to retire hurt after being hit by a quick Jofra Archer's bouncer. His partner Quintin de Kock continued playing his shots amidst tumbling wickets from the other end. Aiden Markram and skipper Faf du Plesis both departed cheaply. Rassie van der Dussen, in at No. 5, held the innings from the other end and supported de Kock well. They both batted sensibly and kept South Africa in the hunt. De Kock got out for 68 which derailed South Africa chase. The team didn't recover from there as wickets kept falling at regular intervals. Andile Phehlukwayo played a little cameo that didn't make much difference and they were bowled out for 207. Earlier in the day, South Africa skipper Faf du Plesis won the toss and elected to bat against England in the first match of World Cup 2019. To everybody's surprise, Du Plesis opened bowling with leg-spinner Imran Tahir, who repaid his skipper's faith by dismissing Jonny Bairstow on the second ball of the innings. Jason Roy and Joe Root started to play their natural game and kept hitting boundaries. They went on to complete their respective half-centuries and notched up 100-run partnership. South Africa bowlers dismissed both batsmen in quick succession to bring their side back in contest. England skipper Eoin Morgan, who was playing his 200th ODI match, and Ben Stokes started slow but picked up the pace later in their innings. They also completed their fifties and looked on course for a big total. Eoin Morgan trying to accelerate departed after scoring 57 runs. From there, South Africa bowlers picked up wickets in regular intervals and didn't allow the English batsmen to score runs freely. Ben Stokes' innings of 89 helped England a challenging total of  311/8. (SCORECARD)

South Africa Cricket Team World Cup 2019 Live Score Live Cricket Score Live Blogs England vs South Africa, Match 1 Cricket
Get the latest updates on Fifa Worldcup 2022 and check out  Fifa World Cup Schedule, Stats and Live Cricket Score. Like us on Facebook or follow us on Twitter for more sports updates. You can also download the NDTV Cricket app for Android or iOS.