No Place For Virat Kohli In ICC's World Cup XI 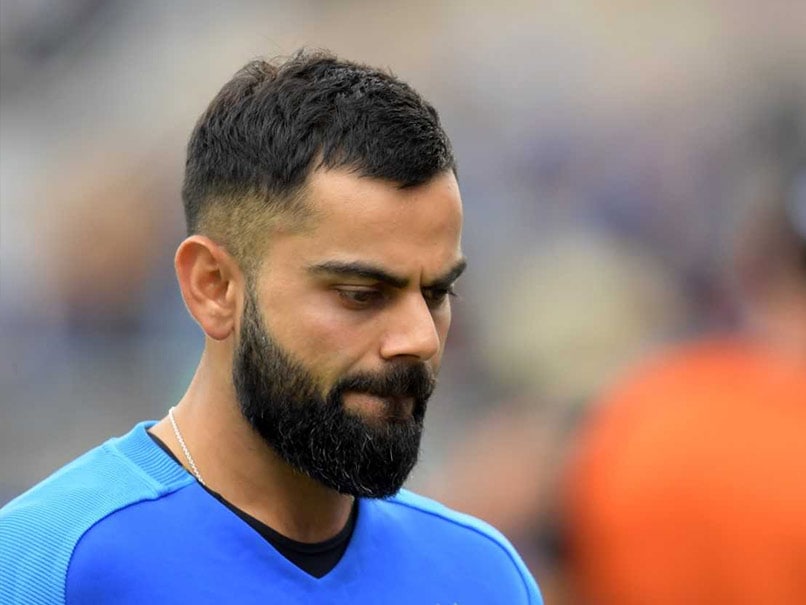 India captain Virat Kohli, who led the team to the World Cup 2019 semi-finals, failed to find a spot in International Cricket Council (ICC)'s team of World Cup 2019, announced on its official website on Monday. England opener Jason Roy, who was picked ahead of Virat Kohli, had same 443 runs in the tournament. However, Roy's average of 63.29 in 7 matches was better than the right-handed batsman. Virat Kohli averaged 55.38 in 9 matches. India's golden run in World Cup 2019 ended after suffering an 18-run defeat to New Zealand in the first semi-final in Manchester.

Two India players -- Rohit Sharma and Jasprit Bumrah -- found places in ICC's World Cup 2019 XI. New Zealand skipper Kane Williamson, who was named player of the tournament, has been named as the captain of the side.

Rohit Sharma and Jason Roy are picked as openers, thanks to their brilliant performance in the showpiece event. Rohit, who scored five tons in World Cup 2019, was the tournament's leading run scorer with 648 runs. Williamson is placed at number 3 spot followed by Joe Root, all-rounders Shakib Al Hasan and Ben Stokes. Australia's Alex Carey, who showed character in the recently concluded tournament, is the wicket-keeper batsman in ICC's playing XI.

The bowling attack looks lethal with big names including Mitchell Starc, Jofra Archer, Lockie Ferguson and Jasprit Bumrah in the side. Mitchell Starc was the leading wicket-taker of the tournament with 27 wickets. While, Jofra Archer who bowled the super over for England, had claimed 20 wickets in the tournament. Bumrah, the top ranked ODI bowler, always provided India breakthroughs in crucial moments and picked 18 wickets in the showpiece event.

Your #CWC19 Team of the Tournament! pic.twitter.com/6Y474dQiqZ

Here is the team:

Rohit Sharma World Cup 2019 International Cricket Council Cricket
Get the latest updates on Fifa Worldcup 2022 and check out  Fifa World Cup Schedule, Stats and Live Cricket Score. Like us on Facebook or follow us on Twitter for more sports updates. You can also download the NDTV Cricket app for Android or iOS.