Team Profile, Australia: The Green and Gold Look In Good Nick For Stout Defence Of Title

Australia off late having been looking good to give a good account of themselves at the WC 2019 and go in with practically a full-strength team. 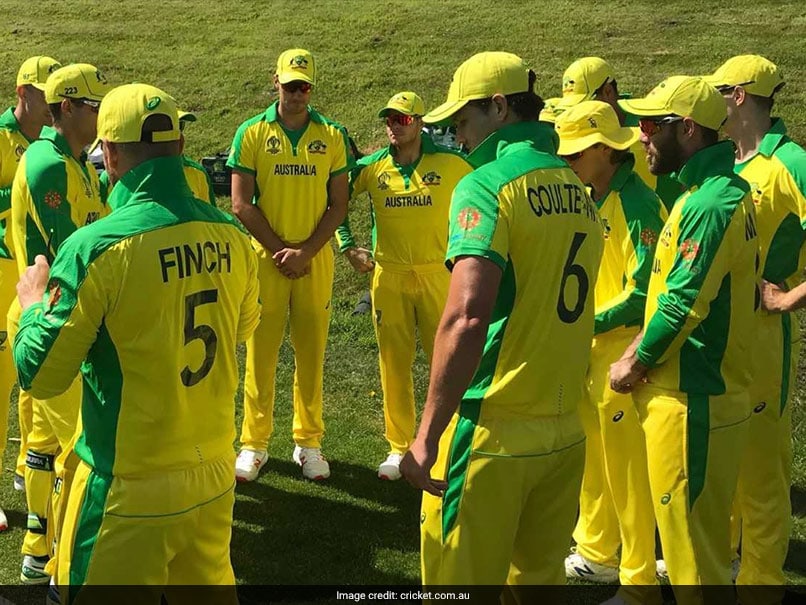 Australia are the most successful team at the World Cup.© Cricket Australia

The captain has been in scintillating form with an average of 46.06 in the 2018-19 season, recently crossing 4000 ODI runs. He had a brilliant series against Pakistan, where he scored two hundreds (including a personal best of 153*) and he averaged 90.2.

Finch averaged 35 in the 2015 World Cup, with the highest score of 135 against England.

Khawaja has been a revelation this season, with an ODI average of 59.15, including a personal best of 104 against India this year.

This will be Usman Khawaja's first World Cup.

Warner will be looking to atone for the year-long ban after the ball-tampering scandal in South Africa. Records suggest that prior to the ban his form wasn't very great, with an average of 31.8, with his best score being 124 vs India. He has however played brilliantly at the IPL 2019.

Warner was brilliant at the 2015 World Cup, where he averaged 49.28, with his highest score being 178 of 133 balls against Afghanistan.

Marsh had a brilliant season, with an average of 54.39 and best scores of 131 coming against both England and India.

This will be Shaun Marsh's first World Cup.

The 'Big Show', known more for his exploits in the T20 leagues, has also had a very good 2018-19 season, averaging 37.2, with his most recent notable knock being 98 of 82 balls against Pakistan on March.

Maxwell was in the 2015 squad as well, where he averaged an impressive 64.80, with his highest score being 102 vs Sri Lanka.

All-rounder Stoinis has been more useful for the Aussies with the ball in the 2018-19 season, with 16 wickets in 15 matches, while his batting average of 29.18 a step down from last season, where he averaged 53.42.

The lone wicketkeeper-batsman in the squad, Carey has had a decent season, averaging 32, his best score of 55 coming in the recent series against Pakistan.

Cummins played two matches in the 2015 World Cup, taking five wickets with an economy rate of 6.08.

Australia's premier strike bowler hasn't played much ODI cricket owing to injuries but is still lethal on his day.

Starc was instrumental in Australia's victory in the last World Cup, with 22 wickets, with his best figures being 6-28 in 9 overs against New Zealand.

While he hasn't played too many ODIs in the recent past, with five matches in the 2017-18 season and six in the next, Coulter-Nile has taken 21 wickets in these two seasons, averaging 25.73.

Behrendorff made his ODI debut against India early this year. He has taken seven wickets in the format so far, his best figures being 3-63 against Pakistan on 31 March 2019.

Lyon's performances haven't been noteworthy, his last 12 ODI only fetching nine wickets. Still he has been a part of this Australian set-up for quite some time and his experience will come in handy.

Taking over from Lyon, Zampa has become the lead spinner for the Aussies. He's had a brilliant 2018-19 season, where he has taken 18 wickets in 13 matches, his best figures being 4-43 against Pakistan in the recent ODI series.

Kane Richardson has featured in 20 ODIs, picking 29 wickets with the best bowling figures of five for 68.

Australia Cricket Team World Cup 2019 Cricket
Get the latest updates on Fifa Worldcup 2022 and check out  Fifa World Cup Schedule, Stats and Live Cricket Score. Like us on Facebook or follow us on Twitter for more sports updates. You can also download the NDTV Cricket app for Android or iOS.