The World Cup match between South Africa and the West Indies was abandoned after persistent heavy rain in Southampton, with both sides earning a point each. 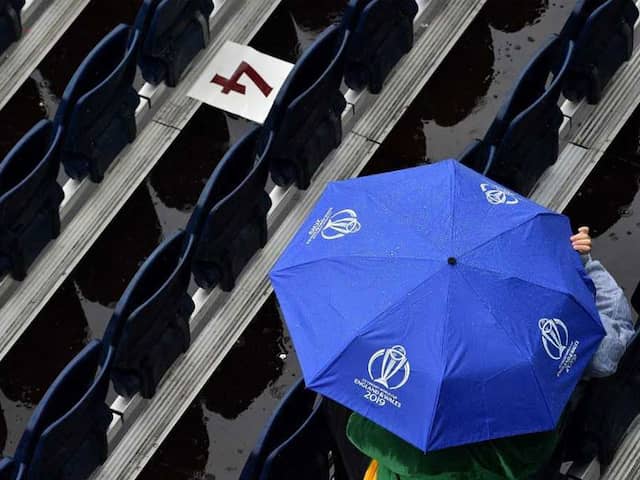 The World Cup match between South Africa and the West Indies was abandoned after persistent heavy rain at the Rose Bowl in Southampton on Monday, with both sides earning a point each. The one point meant that South Africa finally got on board after three successive losses but that would do little to lift the mood in the Proteas camp. West Indies, on the other hand, have three points from as many matches with one win and a loss to their name. Their are three teams now that are tied on three points -- West Indies, Sri Lanka and Pakistan. Afghanistan now are the only team not to register a point so far.

"Very disappointing, but you can't control the weather. We didn't get close to a game," Du Plessis said.

The West Indies are back in Southampton on Friday to play England and skipper Jason Holder hopes all-rounder Andre Russell will be fit to face the hosts after missing Monday's game with a knee injury.

"We are hoping he pulls up alright. I guess it is a blessing this game is over and we can look forward to the game against England," Holder said.

South Africa, desperately needing a win after defeats in their first three matches of the tournament in England and Wales, lost the toss and were put in to bat under threatening skies.

They were quickly in trouble, with Hashim Amla edging Cottrell to Chris Gayle at slip for just six, sparking the bowler's trademark celebration featuring a short march and salute.

That brought Aiden Markram to the wicket but he had only made five when he tickled a Cottrell delivery down the legside and wicketkeeper Shai Hope completed the catch to leave South Africa in deep trouble at 28-2 in the seventh over.

In the following over, delivered by Oshane Thomas, rain stopped play and the covers came on.

The West Indies are fifth in the World Cup table with three points after three matches, while South Africa are second from bottom after four games, leaving their hopes of making the semi-finals hanging by a thread.

South Africa face Afghanistan at Cardiff on Saturday and Du Plessis admitted his team were in need of a morale-boosting win against the minnows.

"Everyone should be fit for the next game. We are in a bad position but it's our own fault," he said.

"We haven't played our best cricket so far and we need a solid performance to get the team's confidence up."

Jason Holder World Cup 2019 South Africa vs West Indies, Match 15 Cricket
Get the latest Cricket news, check out the India cricket schedule, Cricket live score . Like us on Facebook or follow us on Twitter for more sports updates. You can also download the NDTV Cricket app for Android or iOS.