As South Africa struggle to find their feet in World Cup 2019, Imran Tahir carries on his good work. 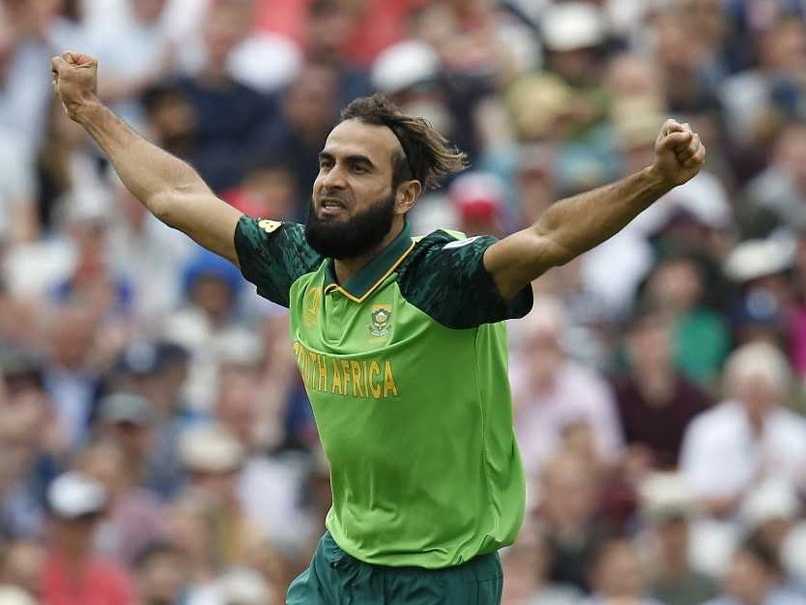 Imran Tahir has been in the thick of things for South Africa, irrespective of how the team has performed.© AFP

Imran Tahir is one of the top wrist spinners in the business and as the Pakistan-born South African crosses the 40-year mark, his enthusiasm and skill show no signs of diminishing. On the contrary, Imran Tahir has been in the thick of things for South Africa, irrespective of how the team has performed. Even in World Cup 2019, Imran Tahir has pulled his weight even as the Proteas went down to two successive defeats, to England and then Bangladesh. The leg-spinner is almost always in the top-10 list of all rankings and his display over the years is proof enough why.

Imran Tahir made his One-day International (ODI) debut during the 2011 ICC World Cup, against the West Indies in New Delhi and returned with figures of 4/41 off ten overs, his victims including Ramnaresh Sarwan and Shivnarine Chanderpaul.

Tahir has three five-wicket hauls in ODIs and six four-fors. His best figures are 7/45.

Imran Tahir World Cup 2019 South Africa vs India, Match 8 Cricket
Get the latest updates on ICC T20 Worldcup 2022 and CWG 2022 check out the Schedule, Live Score and Medals Tally. Like us on Facebook or follow us on Twitter for more sports updates. You can also download the NDTV Cricket app for Android or iOS.