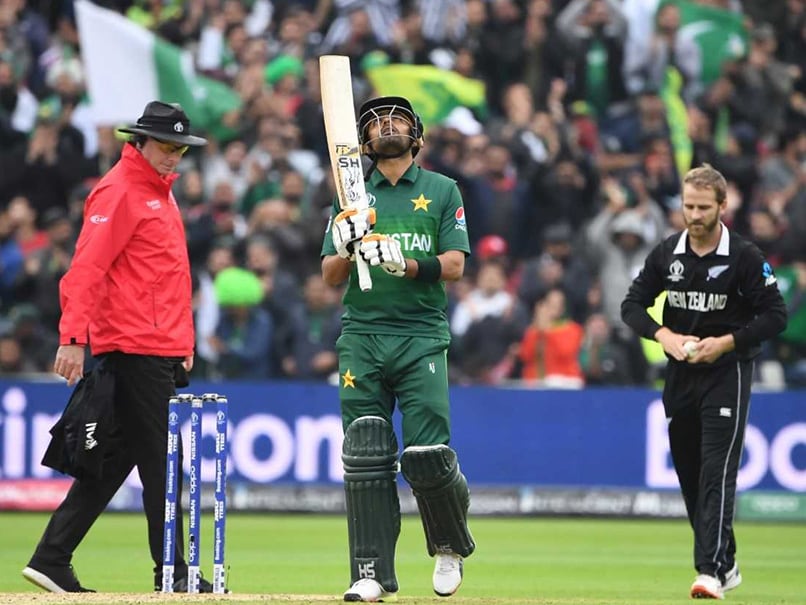 Pakistan kept alive their chances of reaching the World Cup semi-finals on Wednesday, cruising to a six-wicket win against previously unbeaten New Zealand at Edgbaston. New Zealand scored 237 for six in their 50 overs but that total proved inadequate as Babar Azam scored an impressive unbeaten century and Haris Sohail (68) offered valuable support. Pakistan, who beat South Africa on Sunday to revive their flagging World Cup campaign, now have seven points, level with fifth-placed Bangladesh and just one point behind hosts England. New Zealand are second in the table on 11 points behind Australia, the only team who have qualified so far. The top four teams qualify for the semi-finals. (SCORECARD)

New Zealand Cricket Team World Cup 2019 New Zealand vs Pakistan, Match 33 Cricket
Get the latest updates on ICC T20 Worldcup 2022, check out the Schedule and Live Score . Like us on Facebook or follow us on Twitter for more sports updates. You can also download the NDTV Cricket app for Android or iOS.