With Mohammed Shami claiming a hat-trick in the World Cup 2019 match with Afghanistan, Bhuvneshwar Kumar's return to the playing XI may be a vexed question for the team. 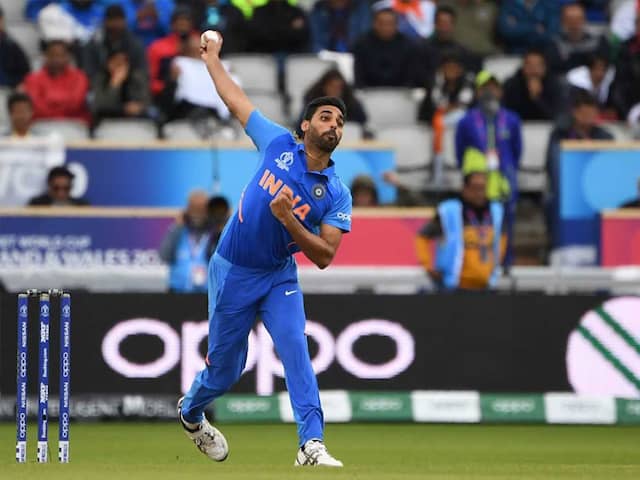 Bhuvneshwar Kumar has picked up five wickets in this World Cup so far.© AFP

Bhuvneshwar Kumar has been out of action since India's World Cup 2019 match with Pakistan. The medium-pacer had a hamstring injury after landing badly while bowling in the match and was subsequently replaced my Mohammed Shami, who went on to claim a hat-trick in the last over of the match with Afghanistan as India managed to pull off a win. With Bhuvneshwar Kumar back in action and seen bowling at the nets, the question of whether he should return to the XI is something that will obviously come up for consideration when India meet the West Indies on Thursday.

Bhuvneshwar Kumar was efficient in the initial World Cup 2019 matches, especially considering that there was a pretty big team of experts who were surprised that he was preferred ahead of Shami in the first place.

But after the injury, and with Shami showing good form, Bhuvneshwar Kumar could well sit out another couple of matches, unless there is some dire need.

India would be looking to seal off two wins out of the four remaining matches - with the West Indies, England, Bangladesh and Sri Lanka - and unless there are some alarms, Bhuvneshwar Kumar may well be rested till the semi-finals, or just short of that.

Bhuvneshwar Kumar World Cup 2019 Cricket West Indies vs India, Match 34
Get the latest Cricket news, check out the India cricket schedule, Cricket live score . Like us on Facebook or follow us on Twitter for more sports updates. You can also download the NDTV Cricket app for Android or iOS.