Bangladesh are no more minnows and can turn the table in their favour against any team. 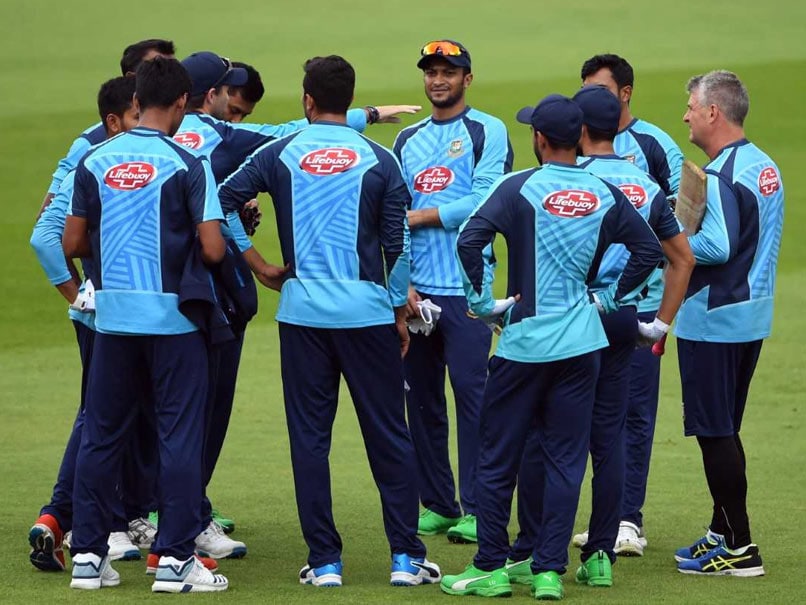 Bangladesh will face a stiff test in a World Cup league stage game against Australia,© AFP

Bangladesh, after registering an emphatic victory over West Indies, will be confident when they take on in-form Australia in their crucial World Cup 2019 match at the Trent Bridge on Thursday. They will face a stiff test in a World Cup league stage game against Australia, who are in top form with four wins in five matches. On Monday, Bangladesh stunned West Indies and pulled off an impressive run chase of 322 runs in Taunton, thanks to an audacious batting show by Shakib al Hasan (124*) and Liton Das (94*).

Bangladesh chased down the target with more than 50 balls to spare that shows that they are no more minnows and can turn the game in their favour against any side. Bangladesh's chase of 322 was the second highest successful run chase in the World Cup history.

Overall, Mashrafe Mortaza's side have been tremendous so far but it will be watchful if they can live up to the challenge of competing against the five-time champions.

On the other hand, Australia are not in their top touch. Even though they registered four victories and are currently placed at the second spot in the points table, Australia suffered batting collapses in their recently concluded matches.

However, pacers Mitchell Starc and Pat Cummins are still a nightmare for any side, except India who took them for ample at the Kennington Oval. The openers Aaron Finch and David Warner are in fine form with Steven Smith playing the role of anchor perfectly. Australia have faced just one defeat against Bangladesh in the 22 ODIs they have played against each other.

As Marcus Stoinis and Nathan Coulter-Nile are fit again, they are expected to replace Shaun Marsh and Jason Behrendorff in the side.

On the other side, Bangladesh might not make any change in their side as the things are going fine for them.

Shakib Al Hasan World Cup 2019 Australia vs Bangladesh, Match 26 World Cup 2015 Cricket
Get the latest updates on SA vs IND 2021-22, check out the Schedule and Live Score . Like us on Facebook or follow us on Twitter for more sports updates. You can also download the NDTV Cricket app for Android or iOS.