Former India captain Jhulan Goswami said that the Harmanpreet Kaur-led side has the arsenal to win their maiden Women's T20 World Cup title. 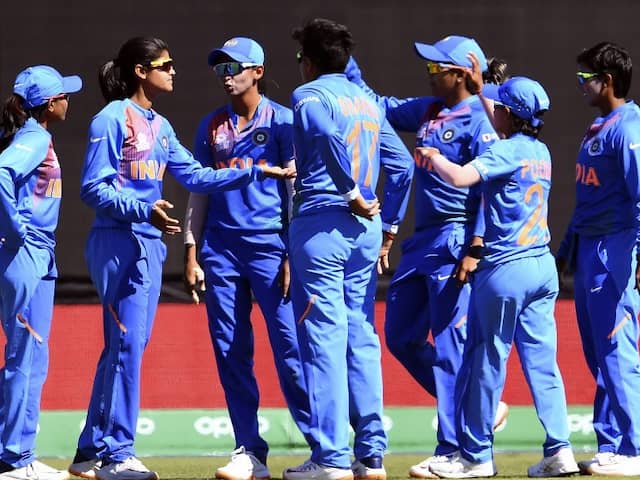 India finished their group on the top with four wins in four games in the ongoing Women's T20 World Cup.© AFP

Former captain Jhulan Goswami has put her money firmly behind the Indian team, saying that the Harmanpreet Kaur-led side has the arsenal to win their maiden Women's T20 World Cup title. India qualified for the final as their semi-final clash against England got washed out at the Sydney Cricket Ground on Thursday. "It is great news. They have dominated the World Cup. They topped the group and made it to the semis. The semi-final was washed out but this is part of the game," Jhulan told IANS.

India made it to their first-ever T20 World Cup final by virtue of finishing at the top of the points table in Group A with eight points. After defeating defending champions Australia in the opening game, they didn't look back and registered comprehensive wins against Bangladesh, New Zealand and Sri Lanka to finish the group at the top.

But in Heather Knight's England, India had the toughest challenge as they have never beaten them in the competition. However, Goswami said now that they are in the final, their real task would be to not get bogged down by the pressure of the big stage and keep playing fearless cricket.

"Pressure will be there. World Cup final is the biggest stage. Handling the pressure is the key. They have played fearless cricket so far and I am hopeful they will continue playing good cricket and will win the World Cup," said Goswami who was part of India's gut-wrenching 2017 50-over World Cup final loss to England at Lord's.

The 35-year-old added that reaching the final is an achievement in itself and the fearless brand of cricket the team has played can help them win the trophy.

"Reaching the final and in this fashion is a big achievement. They should continue playing the fearless cricket they have been playing," said Goswami who is the only player in the world to take more than 200 wickets in women's one-day internationals.

Goswami also said the final at Melbourne on Sunday will be a great advertisement for the game as well as women's cricket in India.

"The final will be in Melbourne and it will be a spectacle. I am hoping it will be a full house. This will be a great advertisement for women's cricket all over the world. Indian cricket will grow also," Jhulan concluded.

England Women Jhulan Goswami Women's T20 World Cup Cricket
Get the latest Cricket news, check out the India cricket schedule, Cricket live score . Like us on Facebook or follow us on Twitter for more sports updates. You can also download the NDTV Cricket app for Android or iOS.