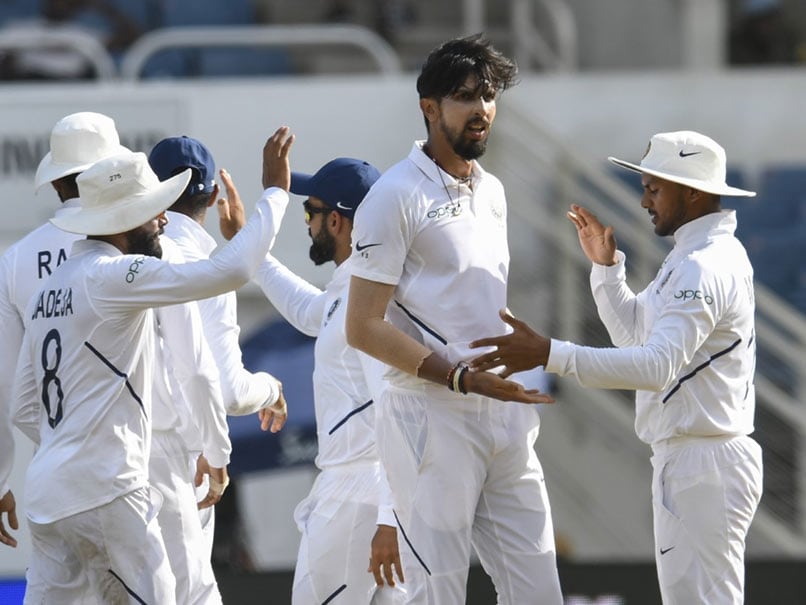 India defeated the West Indies by 257 runs in Jamaica on Monday to claim the two-match series 2-0. Earlier in the day, West Indies lost a couple of wickets to be reduced to 145 for 4 in pursuit of an improbable 468 in the second and final Test on Monday at Lunch. West Indies needed another 323 runs with only six wickets. Ishant Sharma (2/28) got his second wicket of the innings while Ravindra Jadeja (1/33) removed the dangerous Roston Chase but was unlucky not to have scalped Shamarh Brooks (36 batting off 84 balls) after overstepping. Starting the day at 45 for 2, the hosts were left unsettled when Bravo (23 batting) added only five runs to his overnight score before complaining of uneasiness and left the ground. The reason for his ill health couldn't be ascertained as a medical bulletin from the West Indies team management is expected. Brooks was joined by a dogged Chase (12 off 36), who was ready to bring his best defensive game to the fore negotiating the troika of Jasprit Bumrah (0/22), Mohammed Shami (1/44) and Ishant safely. (Scorecard)