Navdeep Saini was penalized for a send-off he gave to Windies batsman Nicholas Pooran during the first T20 International in Florida. 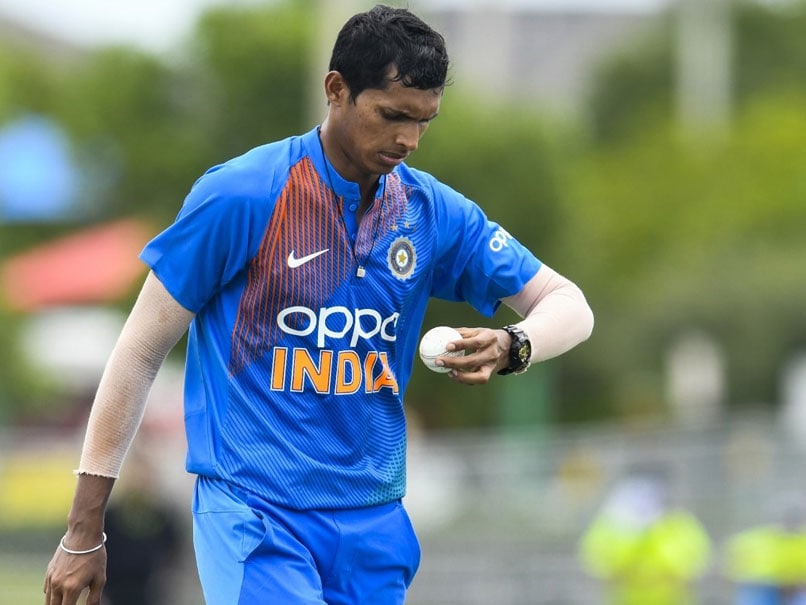 Indian fast bowler Navdeep Saini has been handed one demerit point after being found guilty of breaching Article 2.5 of the ICC Code of Conduct for Players and Player Support Personnel, which relates to using actions or gestures which could provoke an aggressive reaction from a batter upon their dismissal, cricket's world governing body said in media release on Monday. According to the release, the incident took place during the opening Twenty20 International (T20I) between India and the West Indies. After dismissing Nicholas Pooran in the fifth over of the 1st T20I, Navdeep Saini was seen giving the West Indies wicketkeeper/batsman a send-off.

"The player admitted the offence and accepted the sanction proposed by match referee Jeff Crowe of the Emirates Elite Panel of ICC Match Referees and, as such, there was no need for a formal hearing. On-field umpires Nigel Duguid and Gregory Braithwaite, third umpire Leslie Reifer and fourth official Patrick Gustard levelled the charges," the International Cricket Council (ICC) said in a media statement.

When a player reaches four or more demerit points within a 24-month period, they are converted into suspension points and a player is banned. Two suspension points equate to a ban from one Test or two ODIs or two T20Is, whatever comes first for the player.

Navdeep Saini had starred with the ball for India on his senior international debut as India defeated the West Indies by four wickets in a low-scoring fixture.

Having already enjoyed success with the Indian 'A' team currently on tour of the Caribbean, Saini made an immediate impact wearing his country's colours at the highest level in claiming three for 17 off his four overs, including top-scorer Kieron Pollard who fell in the final over of the innings for 49.

He achieved the rarity of a maiden in that final over but it was his earlier double-strike which gave the 26-year-old fast bowler the sort of dream start he would have wished for.

Nicholas Pooran West Indies vs India 2019 Cricket
Get the latest updates on ICC T20 Worldcup 2022 and CWG 2022 check out the Schedule, Live Score and Medals Tally. Like us on Facebook or follow us on Twitter for more sports updates. You can also download the NDTV Cricket app for Android or iOS.