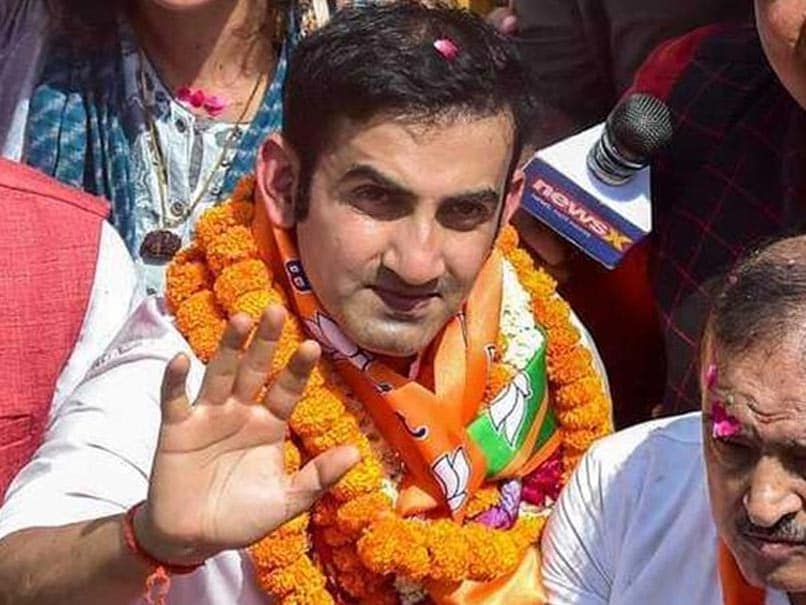 Gautam Gambhir was elected as an MP from East Delhi recently.© PTI

Gautam Gambhir took a potshot at former India captain Bishan Singh Bedi and Chetan Chauhan after fast bowler Navdeep Saini made an impressive debut in the first T20 International between India and the West Indies in Florida on Saturday. Bishan Bedi replied to Gautam Gambhir's scathing remarks, saying he has never said a "negative thing about Navdeep Saini" and the former India opener "hasn't sobered even after becoming a Member of Parliament".

Gambhir and Bedi have always had differences on various issues related to Delhi cricket and the 2011 World Cup hero didn't take it too well when the latter allegedly questioned Saini's selection a day before his first-class debut in 2013. Bedi had expressed his displeasure on the pacer's selection by allegedly writing a letter to then DDCA president Sneh Bansal.

"I don't believe that I have to stoop to conquer. I would rather not react to any comments on twitter. I have never said a negative thing about Navdeep Saini. Also I believe if someone has made it, it's his credit not any Tom, Dick or Harry's," Bedi told PTI refusing to take Gambhir's name.

"Kudos Navdeep Saini on ur India debut. U already have 2 wkts even before u have bowled-@BishanBedi & @ChetanChauhanCr. Their middle stumps are gone seeing debut of a player whose cricketing obituary they wrote even before he stepped on the field, shame!!!" Gambhir tweeted after Saini got his first two wickets on his international debut.

However Bedi denied that he had ever publicly questioned the merit of Saini's selection in the Delhi team despite being from Haryana domicile.

"Who am I? I wasn't in any position of DDCA. I see that he (Gambhir) hasn't sobered even after becoming a Member of Parliament," Bedi said referring to the first time MP from East Delhi.

Asked about Saini, Bedi replied: "The kid is outstanding. But I have only seen him on TV. Also he has just played one game for India. We should wait for some more time."

Gautam Gambhir West Indies vs India, 1st T20I West Indies vs India 2019 Cricket
Get the latest updates on IPL Auction 2023 and check out  IPL 2023 and Live Cricket Score. Like us on Facebook or follow us on Twitter for more sports updates. You can also download the NDTV Cricket app for Android or iOS.