While fans were disappointed to see the latest development in Indian cricket, they also were eager to understand Kohli's side of the story. The 28-year-old, who is yet to comment on the issue, is currently in the Caribbean for India's tour of the West Indies. 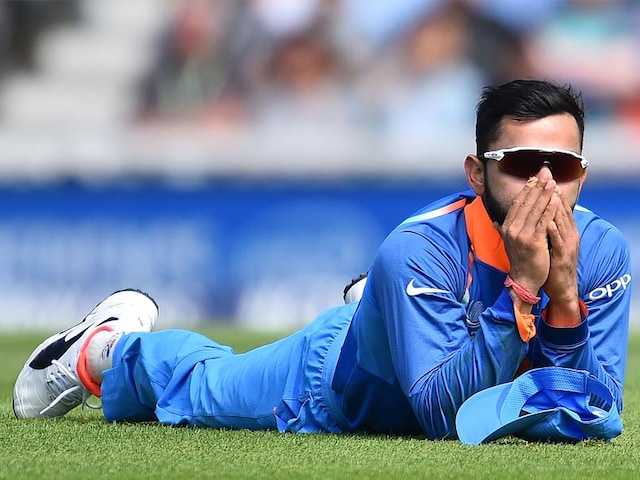 Virat Kohli is yet to comment on the resignation of Anil Kumble as coach.© AFP

Anil Kumble on Tuesday stepped down as India's head coach saying the Board of Control for Cricket in India (BCCI) had informed him that captain Virat Kohli had reservations about his 'style'. The legendary leg-spinner's decision to quit came after a rift between him and Kohli, with the the Indian board advertising the coach's job before the Champions Trophy. The BCCI had urged Kumble to carry on as coach until the end of a West Indies tour starting June 23, but the former India captain did not travel with the team that left from England on Tuesday.

In his resignation letter, Kumble said his partnership with the captain was "untenable".

While fans were disappointed to see the latest development in Indian cricket, they also were eager to understand Kohli's side of the story. The 28-year-old, who is yet to comment on the issue, is currently on his way to the the Caribbean for India's tour of the West Indies.

Totally with @imVkohli on this..Just cuz Kumble resigned doesn't make him a martyr..Cricket is captain's game..Fully back him or replace him

I stand with Captain Kohli. He is the man I trust. No one else. And the buck stops with him. No one else. https://t.co/cSGjRLvKQY

Time for @imVkohli to come out & tell his side of the story. Too many conspiracy theories doing rounds, will be detrimental to Ind cricket. https://t.co/EDnzNg83CA

There's always another side to the story. Always ??????

In a coach-captain conflict, cricket is the real loser. Fortunately, that wasn't the case with Anil-Virat. Shows maturity from both sides.

Waiting for @imVkohli 's side of story.

So people are trolling Virat Kohli mercilessly without even hearing his side of story and then they call themselves ICT fans. Shame on you.

You guys abusing Kohli...You are not at his place. He has not put his side of story..So go back to your pathetic life and Get a Grip.

The Anil Kumble letter/post is only one side of the story so far. I hope Kohli doesn't bear the brunt for it. Both need to be heard.

However, India board officials praised 46-year-old Kumble, who was put in charge of coaching last June, for his tenure.

"We wish to place on record our sincere appreciation for the immense contribution by Anil Kumble to the team which enabled India to attain the No.1 Test position," acting BCCI secretary Amitabh Choudhary said.

"Indian cricket needs his continued contribution in various capacities and wishes him all the best in his future endeavour."

The BCCI has retained the rest of its coaching staff for the West Indies series, with MV Sridhar supervising the team's management.

India will play five one-day internationals in the Caribbean, with a Twenty20 international wrapping up the trip on July 9.

Comments
Topics mentioned in this article
India Cricket Team Virat Kohli Anil Kumble Cricket West Indies vs India 2017
Get the latest Cricket news, check out the India cricket schedule, Cricket live score . Like us on Facebook or follow us on Twitter for more sports updates. You can also download the NDTV Cricket app for Android or iOS.