After the resignation, Anil Kumble put out a statement on Twitter where he said that the captain of the team had reservations with his 'style'. 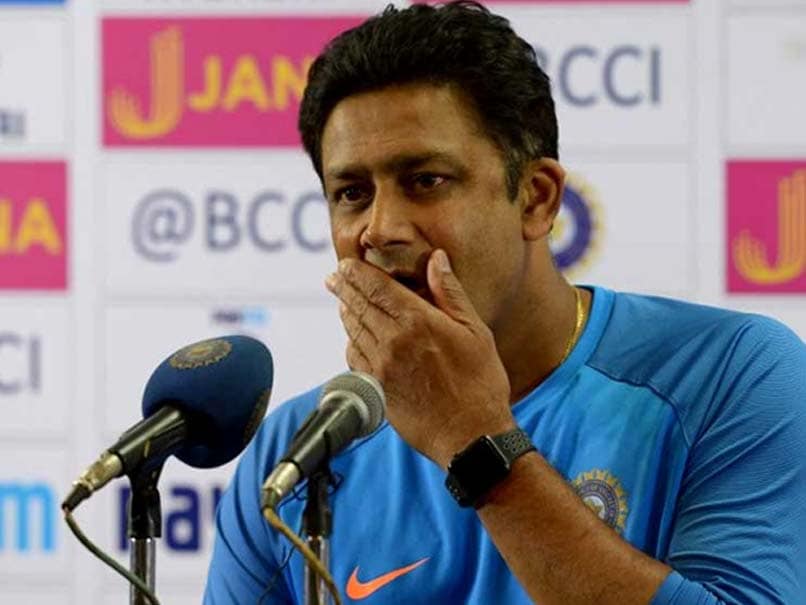 Anil Kumble on Tuesday resigned as the coach of the Indian cricket team. This came after the Board of Control for Cricket in India (BCCI) decided to not renew his one-year contract and invited fresh applications for the top post. Kumble's contract as the head coach of the Indian team ended on Tuesday after the ICC Champions Trophy and he was not interested in an extension. Hours after resigning, the former India captain put out a statement on Twitter and wrote,"the captain had reservations with my 'style'... In light of these 'reservations'. I believe it is best I hand over this responsibility to whomever the CAC and BCCI deem fit."

Sources had earlier told NDTV that skipper Virat Kohli was "not ready to budge", from his position on Kumble and that "coach-captain relationship was 'irreparable'."

"The Board of Control for Cricket in India confirms that Anil Kumble has withdrawn his services as the post of the head coach for the senior India men's team. While the Cricket Advisory Committee had endorsed an extension to his tenure as head coach, Anil Kumble has decided not to continue as the coach," a release from the Indian Board said.

"We wish to place on record our sincere appreciation for the immense contribution by Anil Kumble to the team which enabled India to attain the No.1 Test position. Indian cricket needs his continued contribution in various capacities and wishes him all the best in his future endeavour," the release quoted Amitabh Choudhary, the acting secretary, as saying.

In the interim, the BCCI has deputed MV Sridhar to supervise the team management for the West Indies tour. Sanjay Bangar (batting coach) and R Sridhar (fielding coach) will continue their assignments and assist the cricket team.

The situation had snowballed just prior to the ICC Champion Trophy with the BCCI issuing a press release, asking for applications for the post of head coach for the Indian men's cricket team.

Among those who applied were Virender Sehwag, Tom Moody, Richard Pybus, Dodda Ganesh and Lalchand Rajput. A three-member BCCI Cricket Advisory Committee (CAC) comprising of Sachin Tendulkar, Sourav Ganguly and VVS Laxman will conduct the interviews for the job.

On the sidelines of the Champions Trophy in the UK, the CAC held meetings with Kumble as well as Kohli to sort out the differences between the duo.

It was being widely perceived in the BCCI that in the meeting between Kohli and CAC, the skipper had made it clear that his relationship with the coach had reached a dead end. It was only the CAC which had picked Kumble as the coach last year.

Kumble didn't accompany the team to the West Indies for the upcoming limited-overs series starting June 23. He cited his commitment to an ICC meeting in London as the official reason.

Kumble, who was appointed as the head coach last year, has had a good run. Under his guidance, India won 10 out of the 13 home Tests with two draws and a single defeat. India also won a Test series comprehensively in the West Indies.

(With Inputs from PTI and Nikhil Naz)

Comments
Topics mentioned in this article
India Cricket Team Pakistan Cricket Team Anil Kumble ICC Champions Trophy 2017 West Indies vs India 2017 Cricket
Get the latest updates on Fifa Worldcup 2022 and check out  Fifa World Cup Schedule, Stats and Live Cricket Score. Like us on Facebook or follow us on Twitter for more sports updates. You can also download the NDTV Cricket app for Android or iOS.