Yuvraj Singh on Sunday took to Twitter to wish his dear friend and Indian tennis star Sania Mirza on her birthday. 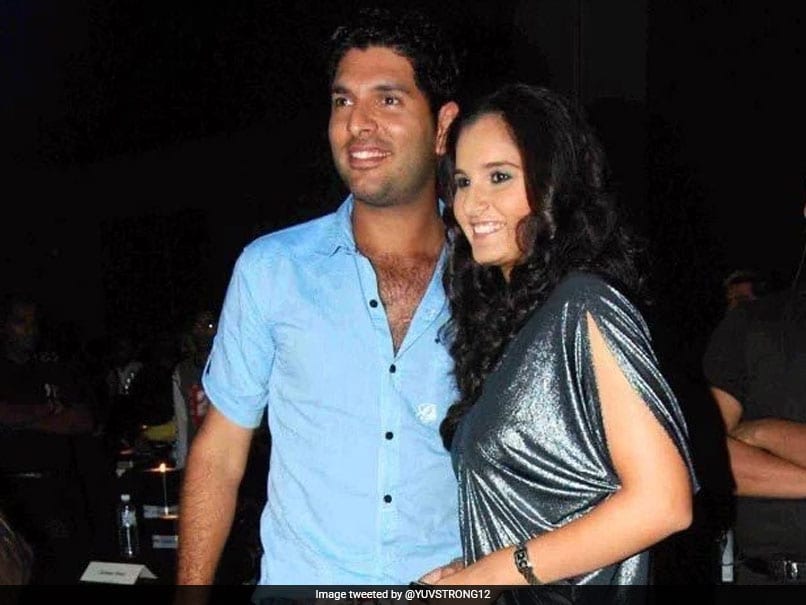 Former India all-rounder Yuvraj Singh on Sunday took to Twitter to wish his dear friend and tennis star Sania Mirza on her birthday. Both Yuvraj and Sania share a great camaraderie and their social media posts clearly highlight that. Sania Mirza, one of the most decorated tennis players of the country, received a special birthday wish from Yuvraj Singh. Referring to Sania as "Mirchie Mommy", Yuvraj wished the tennis star a wonderful year ahead.  "Happy birthday mirchie mommy @MirzaSania! Hope you have an “ace” of a year ahead! Loads of love always," read Yuvraj's birthday wish for Sania.

Happy birthday mirchie mommy @MirzaSania! Hope you have an "ace" of a year ahead! Loads of love always pic.twitter.com/wPJVE1nqzs

Yuvraj had posted a similar wish on Sania's birthday last year as well. However, back then Sania had stolen the limelight with her funny reply.

Sania Mirza is quite active on social media and most of her posts feature her son Izhaan.

Earlier this year, Sania became the first Indian to win the Fed Cup Heart Award for making a successful return to the court after giving birth to her son.

Sania made a comeback to Fed Cup after four years and helped India qualify for the playoffs for the first time in history.

Sania won the award for Asia/Oceania zone after securing a whopping 10,000 plus votes out of the total 16,985 cast for this year's three regional Group I nominees.

Yuvraj Singh
Get the latest updates on ICC T20 Worldcup 2022, check out the Schedule and Live Score. Like us on Facebook or follow us on Twitter for more sports updates. You can also download the NDTV Cricket app for Android or iOS.