Sania Mirza turned 33 on Friday with Yuvraj Singh sharing a picture with his "dear friend" and penning a special message on Twitter. 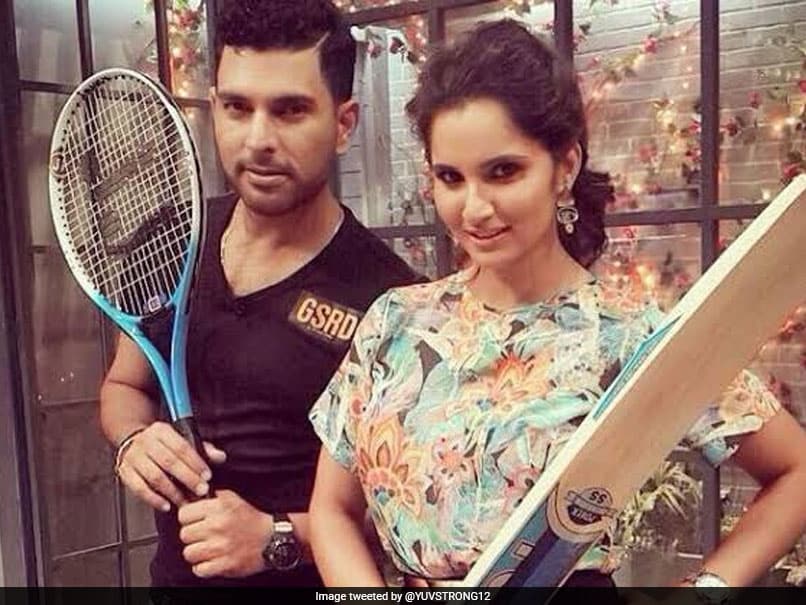 Yuvraj Singh and Sania Mirza share a great camaraderie and their bond is quite evident from their social media posts for each other. Both Yuvraj and Sania do not let go of an opportunity to pull each other's leg. As Sania turned 33 on Friday, Yuvraj Singh shared a picture with his "dear friend" and wrote a special message. "Hai hai mirchi ! Janam din mubarak my dear friend lots of love and best wishes always ! @MirzaSania," Yuvraj tweeted. Within no time, Sania came up with a hilarious reply as she wrote: "Hai motu thank you my dearest friend".

Yuvraj and Saniaboth have pulled each other's leg on various occasions in the the past through their social media posts.

One classic example of how close the two sportspersons are to each other was visible in September when the former India all-rounder had unveiled his new "chikna chamela" look but Sania stole the limelight with a classic reply.

"New look chikna chamela !! or should I bring back the beard?," Yuvraj's post had read.

"Are you pouting to hide the chin under the chin we spoke bout ???? Bring the beard back," Sania wrote.

Yuvraj Singh announced his retirement from the international cricket as well as the India Premier League (IPL) earlier this year after the World Cup 2019.

Announcing his decision, Yuvraj had said that he made the decision as he wants to enjoy his cricket and play in league overseas.

He was later allowed by the Board of Control for Cricket India (BCCI) to participate in an overseas T20 league and he became part of Global Gt20 Canada.

Yuvraj is now set to represent Maratha Arabians in T10 League in Dubai.

Yuvraj Singh Cricket Tennis Sania Mirza
Get the latest updates on ICC Women's Cricket World Cup 2022 and IPL 2022, check out the Schedule , Live Score and IPL Points Table. Like us on Facebook or follow us on Twitter for more sports updates. You can also download the NDTV Cricket app for Android or iOS.