Fans loved Virat Kohli's response to Yuvraj Singh with one of them saying, "Virat is so spiritually inclined that anything he says now sounds like Guru's words". 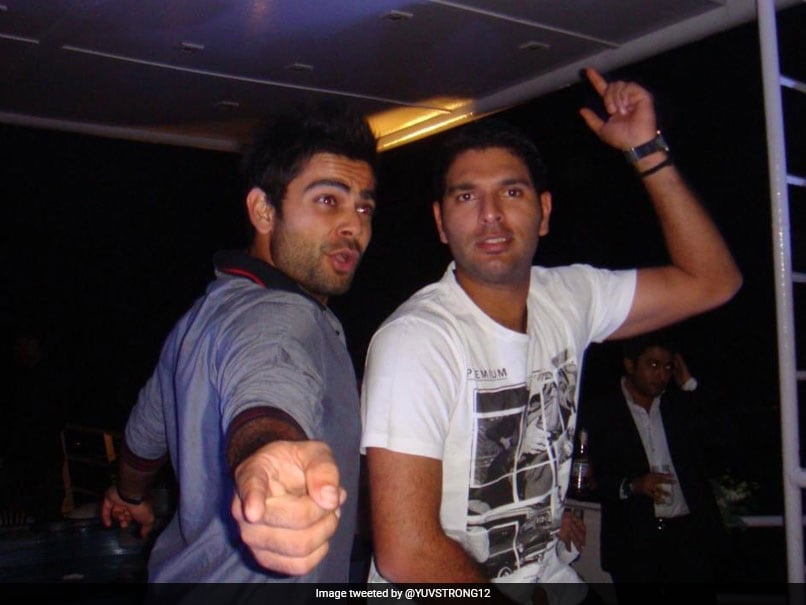 Virat Kohli, who turned 31 on Tuesday, took some time out to thank his fans and former teammates for wishing him well on his birthday. While Virat Kohli was celebrating his birthday with wife Anushka Sharma in Bhutan, fans and cricketers had poured in their wishes for the India captain. Former India all-rounder Yuvraj Singh had shared a throwback picture with Virat Kohli on Twitter and said, "Yeh bhi din they ! Aur ek aaj ka din hai ! Jahan bhi ho khush raho , God bless you always ! Happy birthday @imVkohli".

Fans were eagerly waiting for Virat Kohli's response on Yuvraj Singh's tweet ever since the latter posted the tweet.

One of the fans said, "And the way he responded shows how much he respects yuvi".

Another fan said, "Virat is so spiritually inclined that anything he says now sounds like Guru's words!!"

Who else was eagerly waiting for Kohli's reply on this particular tweet?

And the way he responded shows how much he respects yuvi

Virat is so spiritually inclined that anything he says now sounds like Guru's words !!

Kohli has currently taken a break from international cricket which saw his opting out of the Twenty20 International (T20I) series against Bangladesh. In his absence Rohit Sharma is leading Team India as they gear up for a crucial contest in Rajkot later in the day.

Kohli will return to lead India in the two-Test series against Bangladesh starting from November 14 at the Holkar Cricket Stadium in Indore. The final match, which will be the first day-night Test hosted by India, will take place at the Eden Gardens in Kolkata from November 22.