Some fans on Twitter decided to troll Rishabh Pant for calling Virat Kohli an uncle in his birthday wish for the Indian captain. 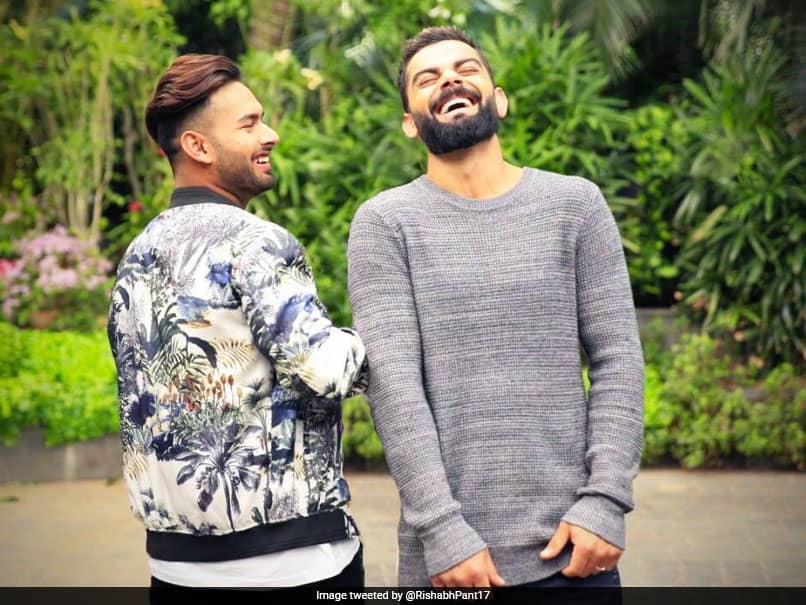 Rishabh Pant managed to score 27 runs for India in the second T20I against Bangladesh.© Twitter

Fans came up with hilarious tweets in reply to Pant's birthday wish for Kohli.

It was the jacket that made him laugh

Pant managed to score 27 runs, was involved in a mix-up that caused run out of Shikhar Dhawan, convinced Rohit Sharma to take a wrong call on DRS and missed two review opportunities in the first T20 International match between India and Bangladesh on Sunday.

Following the match, fans drew parallels with veteran wicket-keeper MS Dhoni to troll the 22-year-old wicketkeeper for a dismal show behind the stumps.

Pant had convinced skipper Rohit to opt for Decision Review System (DRS) against Soumya Sarkar on the last ball of the 10th over. Spinner Yuzvendra Chahal was unsure but Pant was confident of a caught behind opportunity. However, the UltraEdge showed a flat line as ball had gone past the bat.

Sarkar survived on 20, when Bangladesh were 62/2 in the chase of 149. While India lost the review because of Pant in the 10th over, the young wicket-keeper had earlier failed to spot DRS chances against Mushfiqur Rahim, when he was trapped LBW twice.

Later, Rahim went on to score a match-winning knock of 60 runs for Bangladesh.

Virat Kohli India vs Bangladesh Cricket India vs Bangladesh, 1st T20I
Get the latest updates on IPL 2021, IPL Points Table , IPL Schedule 2021 , live score . Like us on Facebook or follow us on Twitter for more sports updates. You can also download the NDTV Cricket app for Android or iOS.