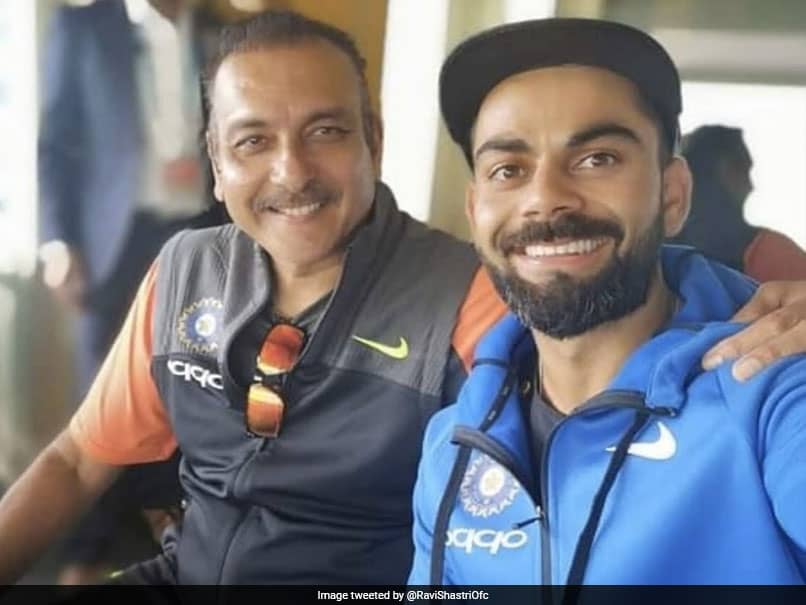 Virat Kohli is celebrating his 31st birthday and the India captain is in Bhutan with wife Anushka Sharma to celebrate the occasion. On Virat Kohli's 31st birthday, Ravi Shastri, India head coach, took to Twitter to share a picture with Kohli wishing the India captain. "Happy birthday young man. Enjoy the break and have a kick ass year ahead. God bless. @imVkohli," Shastri captioned the image on his post. Fans took Shastri's post an opportunity to troll head coach and came up with hilarious replies on his tweet.

"And keep my Paycheque safe," a fan tweeted.

And keep my Paycheque safe !!!!

"Where is alcohol," another fan tweeted in Hindi.

Virat Kohli is in Bhutan, enjoying a vacation with wife Anushka Sharma.

On his birthday, Virat Kohli took to Twitter to share a picture with Anushka and thanked fans for the birthday wishes. "What a blessing to be able to visit such divine places with my soulmate. Also thank you everyone for your kind wishes from the bottom of my heart," Kohli tweeted.

The India captain was given a rest for the ongoing Twenty20 International series against Bangladesh.

In the absence of regular skipper, Rohit Sharma was named captain by the BCCI. Rohit did not get the desired result in the T20I series opener as Bangladesh managed to beat India by seven wickets in Delhi on Sunday.

Kohli will return to the cricket field when India host Bangladesh for a two-match Test series, starting November 14.

The first Test will be played in Indore while Kolkata will host the second match which will be India's first-ever day-night Test.

Virat Kohli Ravi Shastri Cricket
Get the latest updates on IPL 2020, check out the IPL Schedule for 2020 and Indian Premier League (IPL) Cricket live score . Like us on Facebook or follow us on Twitter for more sports updates. You can also download the NDTV Cricket app for Android or iOS.