Sania Mirza won the award for Asia/Oceania zone after securing a whopping 10,000 plus votes out of the total 16,985 cast for this year's three regional Group I nominees. 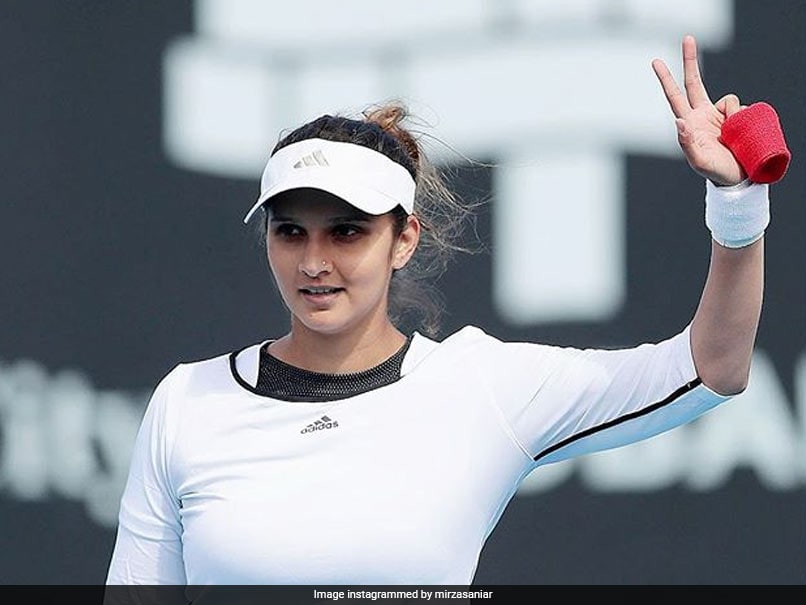 Tennis ace Sania Mirza on Monday became the first Indian to win the Fed Cup Heart Award for her successful return to the court post motherhood. Sania won the award for Asia/Oceania zone after securing a whopping 10,000 plus votes out of the total 16,985 cast for this year's three regional Group I nominees. The Fed Cup Heart Award winners were determined via online voting by fans which went on for a week starting from May 1.

Sania's vote share of over 60 percent of the total votes is a testimony to the global popularity of the Indian star at the Fed Cup competition.

Sania made a comeback to Fed Cup after four years and helped India qualify for the playoffs for the first time in history.

The winners from each category received USD 2000 as prize money, which the 33-year-old Hyderabadi decided to donate to the Chief Minister's Relief Fund to fight against the COVID-19 pandemic.

"I want to donate the money that I get from this award to the Telangana Chief Minister's Relief Fund as the world is going through very difficult times with the virus," said Sania.

The Fed Cup Heart Award is an International Tennis Federation (ITF) initiative that was established in 2009 to recognise those Fed Cup players who represent their countries with distinction, show exceptional courage on court and demonstrate outstanding commitment to the ideals of the competition.

Comments
Topics mentioned in this article
Sania Mirza Tennis
Get the latest updates on ICC Women's Cricket World Cup 2022 and IPL 2022, check out the Schedule , Live Score and IPL Points Table. Like us on Facebook or follow us on Twitter for more sports updates. You can also download the NDTV Cricket app for Android or iOS.