Simona Halep captured her second career major with a 6-2, 6-2 victory, adding a maiden Wimbledon to her 2018 Roland Garros triumph. 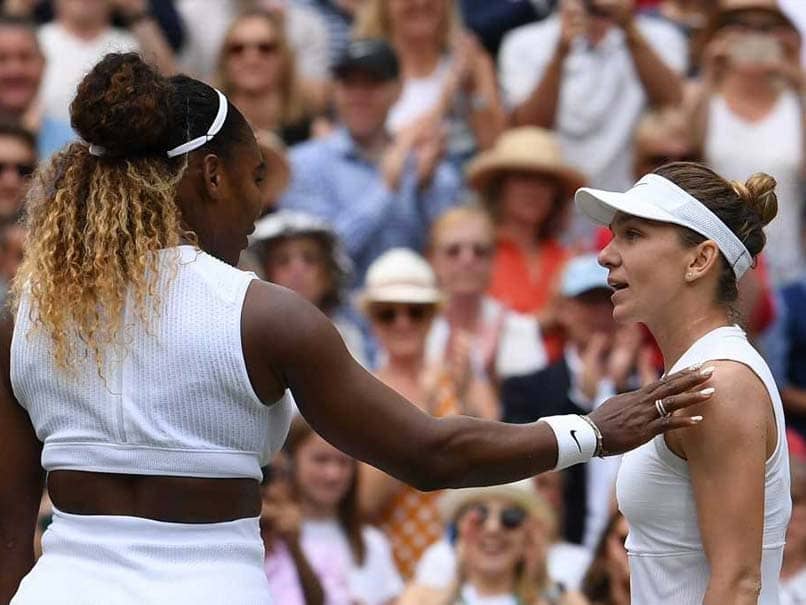 Simona Halep said she had "never played better" after shattering Serena Williams's latest bid to capture a record-equalling 24th Grand Slam on Saturday as she stormed to a sensational victory in a 56-minute Wimbledon final. The 27-year-old Romanian captured her second career major with a 6-2, 6-2 victory, adding a maiden Wimbledon to her 2018 Roland Garros triumph. "I never played a better match," said Simona Halep. "My mom said when I was 10 that if I want to do something in tennis I have to play in the final at Wimbledon.

"I had lots of nerves, my stomach wasn't very well.

"I said at the start of the tournament that one of my motivations was to win and become a lifetime member of the club."

Defeat for 37-year-old Serena Williams, a seven-time Wimbledon champion who won the last of her 23 Slam titles at the 2017 Australian Open, meant her attempt to equal Margaret Court's all-time record for major wins was put back on ice until at least the US Open.

Williams was undone by 26 unforced errors to Halep's two in a personal horror show on Centre Court.

"She played out of her mind," said Williams. "I was like a deer in headlights."

Comments
Topics mentioned in this article
Simona Halep Serena Williams Tennis
Get the latest updates on India vs Australia Series, check out the India vs Australia Schedule for 2020-21 and Ind vs Aus live score . Like us on Facebook or follow us on Twitter for more sports updates. You can also download the NDTV Cricket app for Android or iOS.