Simona Halep captured her second career major with a 6-2, 6-2 victory adding a Wimbledon to her 2018 Roland Garros triumph. 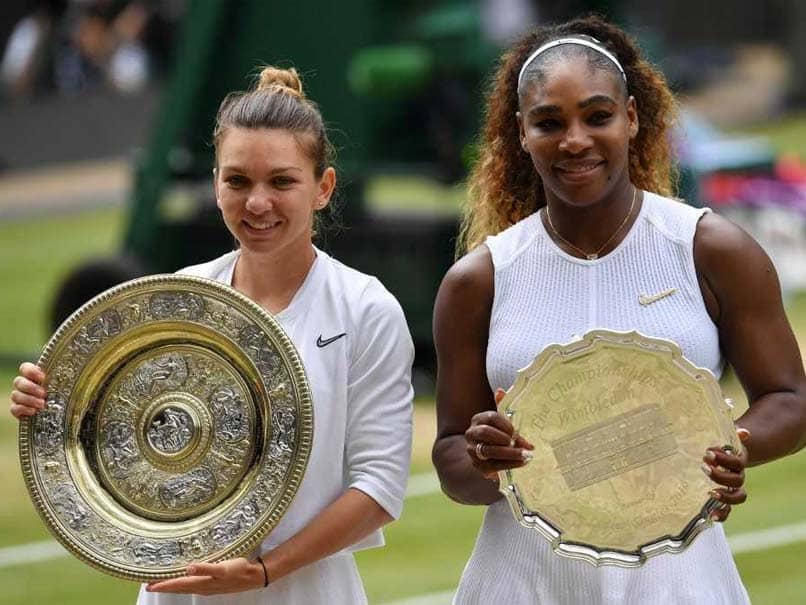 Simona Halep torpedoed Serena Williams's latest bid to capture a record-equalling 24th Grand Slam on Saturday when she stormed to a sensational victory in a 56-minute Wimbledon final. The 27-year-old Romanian captured her second career major with a 6-2, 6-2 victory adding a maiden Wimbledon - the first for her country in both men's and women's singles - to her 2018 Roland Garros triumph.

Defeat for 37-year-old Williams, a seven-time Wimbledon champion who won the last of her 23 Slam titles at the 2017 Australian Open, meant her attempt to equal Margaret Court's all-time record for major wins was put back on ice until at least the US Open.

"My mom said when I was 10 that if I want to do something in tennis I have to play in the final at Wimbledon," said Halep.

"I had lots of nerves, my stomach wasn't very well. I have never played a better match.

"I said at the start of the tournament that one of my motivations was to win and become a lifetime member of the club."

Williams bluntly admitted she had not been at the races against a superior opponent.

"She played out of her mind. I was like a deer in the headlights," said Williams.

Williams was undone by 26 unforced errors to Halep's two.

Williams may have kept Halep waiting to go on court but if she hoped that would upset her opponent it did quite the opposite.

Indeed the Halep fan who burst into song -- waving a Romanian scarf from the 2015 Rugby World Cup -- singing "We love you Simona, we do!" served to give her the boost to rattle Williams from the start.

A flashing forehand crosscourt set the tone and she broke her in the first game.

She broke again to lead 3-0 -- things clearly not going Williams's way when a Halep shot clipped the net and went over but the American's shot also clipped the net but failed to go over.

Already 3-0 down after eight minutes, Williams was completely at sea and by the time Halep served to lead 4-0 Williams had won just six points.

She finally got on the board with her next service game but Halep had little trouble in sealing the set which included another remarkable point from the Romanian.

The 27-year-old raced to retrieve an incredible get which sneaked over the net and Williams was only able to put her shot into the net.

Williams -- who has let slip opportunities to equal Court's record in last year's Wimbledon and US Open finals -- appeared to at last get fired up in the first game of the second set.

She let out a long yell at the ground when she won a point on her serve and another on the next point.

However, that was a rare show of her fiery side as Halep broke her to lead 3-2.

Halep rubbed in her superiority to break her again for 5-2 -- two powerful serves earlier in the game had Williams saying why was I not able to do this earlier -- and took the match and the title with aplomb with the first of her three match points.

She sank to her knees a broad smile on her face before rising to hug Williams.

Her victory also gave Halep's favoured royal Kate, Duchess of Cambridge, bragging rights over sister-in-law Meghan, Duchess of Sussex -- they were sitting beside each other in the Royal Box.

Meghan is a close friend of Williams.

Comments
Topics mentioned in this article
Simona Halep Serena Williams Tennis
Get the latest updates on IPL 2021, IPL Points Table , IPL Schedule 2021 , live score . Like us on Facebook or follow us on Twitter for more sports updates. You can also download the NDTV Cricket app for Android or iOS.