Watch: Serena Williams Lashes Out At Chair Umpire, Calls Him 'Thief' During US Open Final

Minutes before Japan's Osaka took the second set to win the title Williams was involved in a verbal spat with the chair umpire. 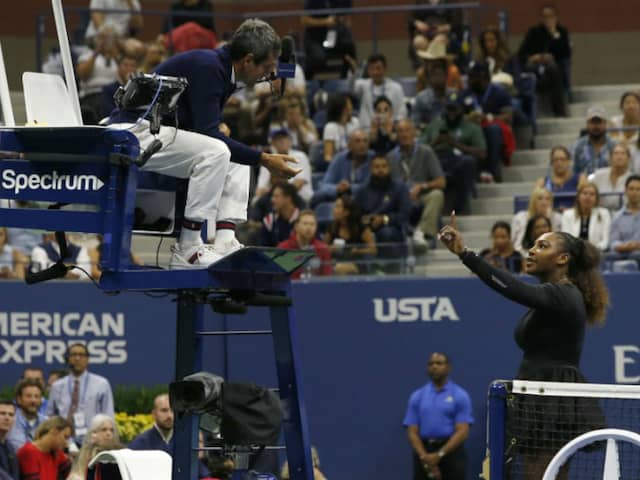 The 23-time Grand Slam champion Serena Williams was stunned by Japanese Naomi Osaka in straight sets at the US Open 2018 final on Saturday. Serena ended up with runners-up trophy after losing 2-6, 4-6 to the 20-year-old in an hour and 19 minutes. Osaka, by the virtue of her victory in the final, became the first woman from Japan to win a Grand Slam title. Minutes before Japan's Osaka took the second set to win the title, Williams was involved in a verbal spat with the chair umpire Carlos Ramos. The umpire that warned the American for receiving coaching from her box. The conversation later saw Williams burst into tears eventually losing the second set as well.

Serena Williams tearfully accused the chair umpire of being a "thief" and angrily demanded an apology from the official. She also received a point penalty in the second set for her unprofessional approach with the umpire on the centre court.

Whoa. Serena Williams goes OFF on chair umpire.
"I have never cheated in my life...You own me an apology." #USOpen18 pic.twitter.com/IUPqCxp4Oh

"You're attacking my character," she said. "You will never, ever be on another court of mine. You are the liar," she fumed and Ramos handed her a game penalty that put Osaka one game from victory at 5-3 in the second set.