Rafael Nadal was seen consoling the young fan until he stopped crying. Nadal then signed an autograph for him. 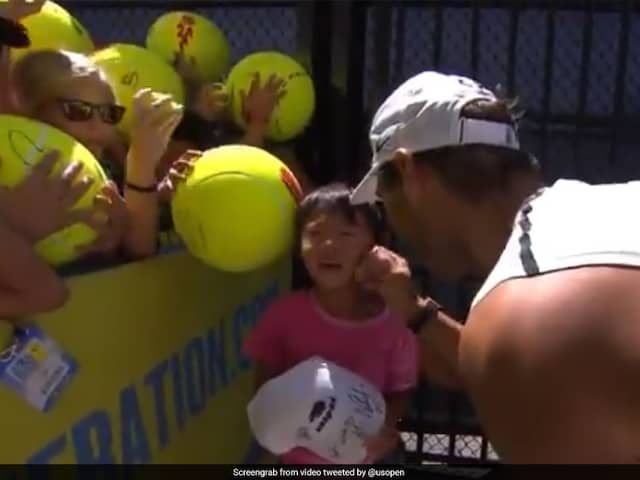 Rafael Nadal displayed his soft side for a crying young fan at the US Open.© Twitter

Rafael Nadal doesn't give an inch to his opponents on the court but away from it he displayed his soft side for a crying young fan at the US Open. In a video, posted on the official Twitter handle of the US Open, Rafael Nadal was seen picking up the child from a crowd waiting for his autograph and consoling him until he stopped crying. The Spaniard then signed an autograph for the young fan on his cap. Rafael Nadal also did not disappoint his other fans as he was captured in the video signing autographs for all of them.

Earlier, Nadal ramped up his quest for a fourth US Open title with an impressive win over 2014 champion Marin Cilic to advance to the quarter-finals while Alexander Zverev slumped to a four-set defeat.

After barely breaking a sweat in reaching the last 16, a run that included a second-round walkover, Rafael Nadal stared down his stiffest test so far to surge into a quarter-final meeting with Argentine 20th seed Diego Schwartzman.