Andy Roddick tweeted saying Novak Djokovic "takes your legs, then he takes your soul", and the Serbian's response had the US Open crowd cheering. 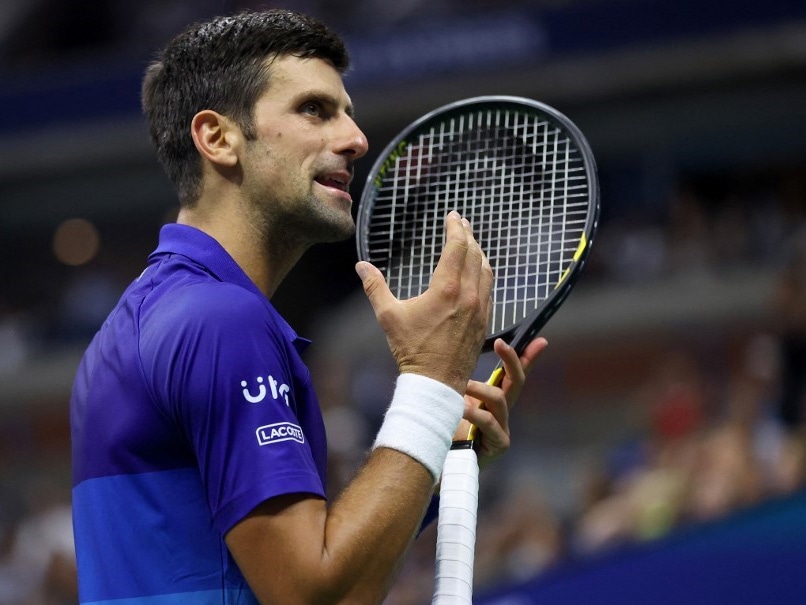 Novak Djokovic reached the quarterfinals of the US Open.© AFP

Novak Djokovic on Tuesday marched into the quarterfinals of the US Open that put him just three wins away from a calendar-year Grand Slam. The Serbian beat American Jenson Brooksby 1-6, 6-3, 6-2, 6-2 to book a quarter-final encounter with Italian sixth seed Matteo Berrettini in a rematch of July's Wimbledon final. During his post-match interview, Djokovic was asked about a tweet by former rival Andy Roddick. "First he takes your legs .......   Then he takes your soul," Roddick had tweeted during Djokovic's match against Brooksby, referring to the Serbian's ability to play long matches and tire opponents out, before beating them.

"Thanks Andy, I take that as a compliment," Djokovic said with a big grin when inquired about his feelings on Roddick's tweet, leading to laughs from the crowd.

"Only the first part, the second part - I don't take anybody's soul," he was quick to add, drawing more cheers.

"Everyone has their soul, we are all beautiful souls, so I appreciate everyone," Djokovic said as the cheers got louder.

However, he added a post-script.

"But, I'll take your legs out. That's for sure," the 20-time Grand Slam winner said.

Novak Djokovic will take your legs ... but wants you to keep your soul @DjokerNole | @andyroddick | #USOpen pic.twitter.com/JvO9jQBB6B

Speaking about the match with Brooksby, Djokovic said ""He just played a perfect first set. I could do nothing. I was still finding my footing on the court."

"I must say it wasn't a great start. Jenson was pumped. He had a clear game plan. He was executing his shots tremendously. I was on my back foot. He was reading the play well for a set and a half," he added.

"After that, I started hitting more cleanly and through the court," said Djokovic. "Whenever I needed a serve I found my spot well. It was physical, a lot of exhausting rallies."

Djokovic is aiming to win the first men's calendar Grand Slam in 52 years.

The 34-year-old Serbian star would become the first man since Rod Laver in 1969 to sweep all four major titles in the same year by capturing his fourth career US Open crown.