World No 2 Serena Williams had posted on Snapchat a picture of herself in front of a mirror with the caption 20 weeks, but later deleted it. 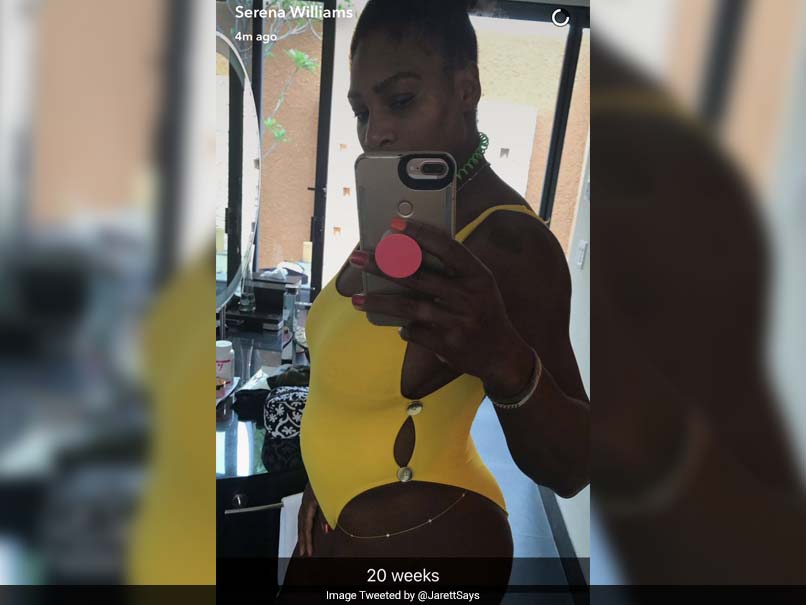 Is Serena Williams pregnant? That's what the winner of 23 Grand Slams hinted in a Snapchat post which she later deleted. Serena often posts announcements on social media, like her engagement to Reddit co-founder Alexis Ohanian on his site. On Wednesday the world No 2 published an image which showed her posing in front of a mirror in a yellow swimsuit with the caption '20 weeks'. There has been no official confirmation from the tennis star's reps yet.

While the image has been removed since, congratulations for Serena Williams is pouring in from all quarters. While the 35-year-old won her 23rd Grand Slam pocketing the Australian Open in January, if she is indeed expecting, Serena would have been pregnant during that time. Though she hasn't played since her Melbourne triumph, Serena will be returning to world No 1 next week despite the long absence, dethroning Angelique Kerber.

In recent years, Kim Clijsters of Belgium and Victoria Azarenka of Belarus, both former world No 1s, have taken a break to have a child. While Clijsters returned in 2009 to win three Slams after the birth of her daughter; Azarenka is expected to return to the Tour in July having given birth to her son in December.

Comments
Topics mentioned in this article
Serena Williams Tennis
Get the latest updates on Olympics 2020, Olympics 2020 Medal Tally, Live Cricket Score . Like us on Facebook or follow us on Twitter for more sports updates. You can also download the NDTV Cricket app for Android or iOS.