Roger Federer, Novak Djokovic And I "Understood The Rivalry In A Positive Way": Rafael Nadal

"I think we have always been respectful with each other. We understood the rivalry in a positive way through our careers," said Rafael Nadal. 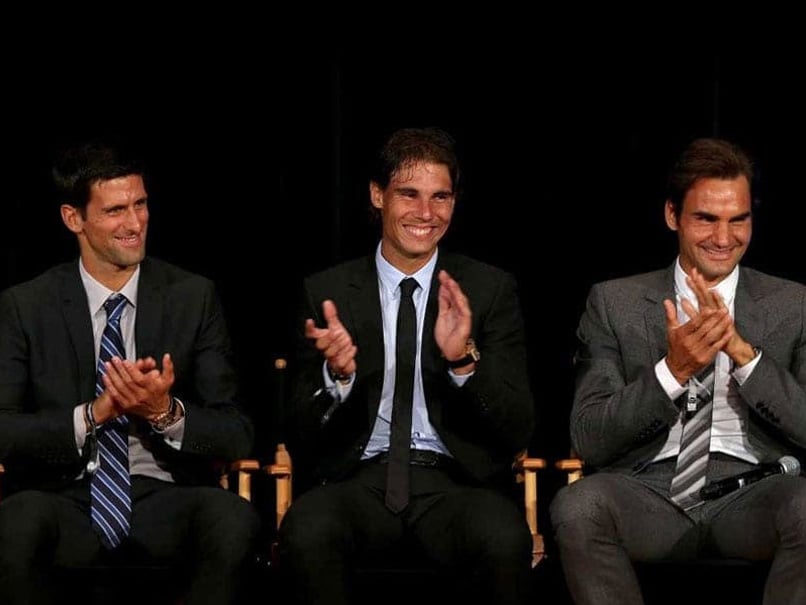 Spanish tennis ace Rafael Nadal has said that he feels lucky to be in the same era as Roger Federer and Novak Djokovic. Nadal defeated Daniil Medvedev in the men's singles final of the Australian Open to surpass Roger Federer and Novak Djokovic, each of whom have won 20 Grand Slam titles each. The 35-year-old who clinched his second Australian Open title on Sunday said, "I think we have always been respectful with each other."

"We understood the rivalry in a positive way through our careers and, yeah, I received plenty of messages. I am sorry I have not been able to answer everyone as you can imagine but, yeah, I really feel proud about the way we manage our rivalry through our careers. At the end of the day, it's just a game, in some ways we achieved more than what we dreamed as kids," Sydney Morning Herald quoted Nadal as saying.

"At the end, it doesn't matter much if one is 21, the other is 20, or one finishes with 23 or 21, we did, I think, very important things for our sport, and we achieved our dreams, and we enjoy it. I feel lucky to be part of this era that has been very special for our sport," he added.

After Nadal won his second Australian Open, both Roger Federer and Djokovic took to social media to applaud the Spaniard. Under the lights on Rod Laver Arena, the legendary Spaniard looked down and out against Daniil Medvedev.

"I don't know. I didn't know I was able to play the Australian Open this year, but I don't know what can happen in the future. My passion and love for the game is still very high, as everybody can see. I just want to enjoy the moment and keep going and try to enjoy this beautiful sport. I was not able to do it often these last two years, so I will love to try to play a bit more this year," said Nadal.

Novak Djokovic Roger Federer Tennis
Get the latest updates on ICC T20 Worldcup 2022, check out the Schedule and Live Score. Like us on Facebook or follow us on Twitter for more sports updates. You can also download the NDTV Cricket app for Android or iOS.