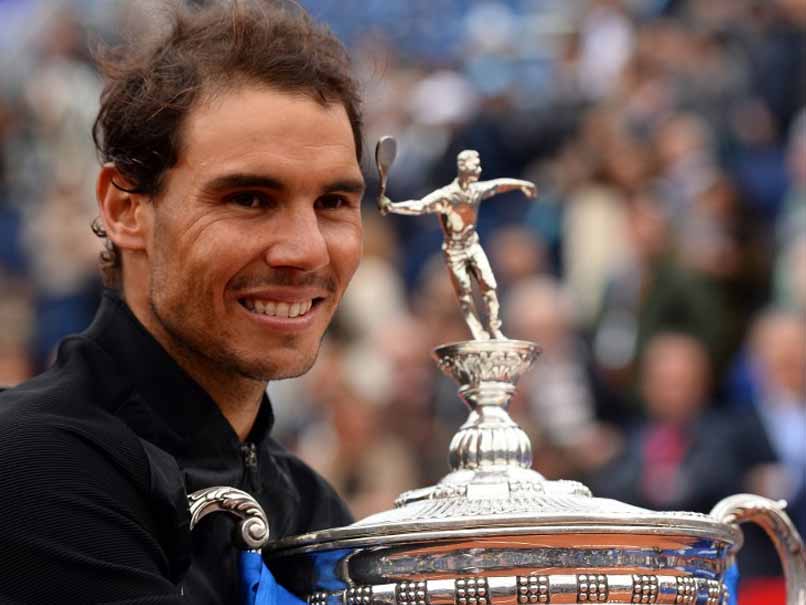 Rafael Nadal poses with his trophy after winning the Barcelona Open.© AFP

Rafael Nadal romped to his 10th Barcelona Open title on Sunday as he swept aside Austria's Dominic Thiem 6-4, 6-1 for a 51st clay-court crown. The Spaniard has made the perfect start to the clay-court season and will aim for a 10th French Open next month after also claiming his 10th title at the Monte Carlo Masters last week. Nadal won in Barcelona between 2005-2009, 2011-13 and now in the last two years.

The 14-time Grand Slam champion looks like the man to beat in Paris as on the court newly baptised in his name he failed to drop a set all week.

Thiem had shocked world number one Andy Murray in Saturday's semi-finals and showed some early resistance.

The world number nine even had his only break point of the match in the first game.

But Nadal, returning to top form at age 30, upped his intensity at the crucial moment and took the set with the only break in the 10th game.

The second set was a procession as Thiem's frustration at his inability to break through Nadal's defences saw him consistently fire long.

Thiem held off three break points in his opening service game, but was powerless to stop Nadal thereafter as he won the last five games to seal victory in just over 90 minutes on court.

Comments
Topics mentioned in this article
Rafael Nadal Dominic Thiem Tennis
Get the latest updates on ICC T20 Worldcup 2022 and CWG 2022 check out the Schedule, Live Score and Medals Tally. Like us on Facebook or follow us on Twitter for more sports updates. You can also download the NDTV Cricket app for Android or iOS.