Despite winning the Wimbledon 2019, Simona Halep is still behind Ashleigh Barty, Naomi Osaka and Karolina Pliskova in the WTA rankings. 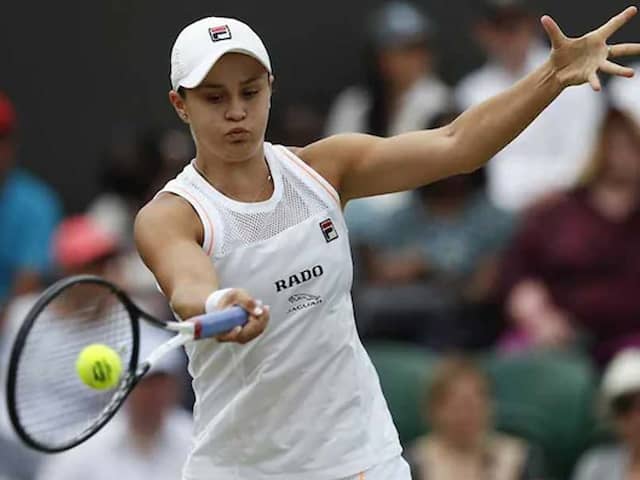 Ashleigh Barty is leading the WTA rankings with 6605 points.© AFP

The women's world rankings were unchanged at the top on Monday with Ashleigh Barty of Australia at number one after leading players took the week off post-Wimbledon. Japan's Naomi Osaka is second with Karolina Pliskova of the Czech Republic third and Romania's Wimbledon champion Simona Halep fourth. Kiki Bertens of the Netherlands rounds out the top five. In the final of the Wimbledon 2019, Simona Halep defeated 37-year-old Serena Williams in straight sets to win the title 6-2, 6-2. With the win, Simona Halep became the first Romanian to clinch the coveted title.

Comments
Topics mentioned in this article
Ashleigh Barty Serena Williams Simona Halep Tennis
Get the latest Cricket news, check out the India cricket schedule, Cricket live score . Like us on Facebook or follow us on Twitter for more sports updates. You can also download the NDTV Cricket app for Android or iOS.