Rafael Nadal met his wife through his younger sister Maribel, a childhood friend of Xisca Perello. 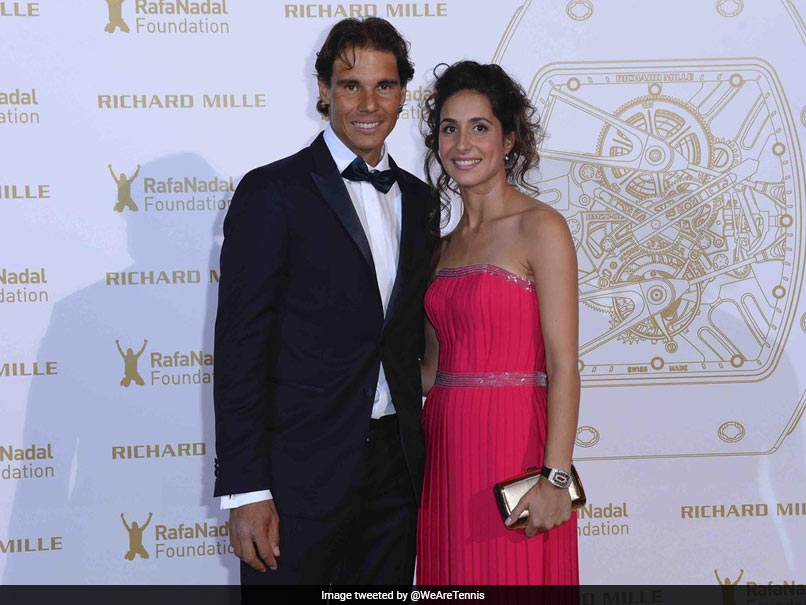 Rafael Nadal married his partner of 14 years, Xisca Perello, at a castle in Mallorca.© Twitter @WeAreTennis

Rafael Nadal married his partner of 14 years, Xisca Perello, at a castle in Mallorca on Saturday. Nadal, the 19-time grand slam champion, tied the knot with 31-year-old Perello at La Fortaleza, with a reported 350 guests invited to a private ceremony. Juan Carlos I, the king of Spain from 1975 to 2014, was believed to be among those in attendance while the Michelin-star chef, Quique Dacosta, was reportedly in charge of catering. Nadal, 33, met his wife through his younger sister Maribel, a childhood friend of Perello.

As far as tennis is concerned, the reigning US Open champion had to pull out of Shanghai Masters with a wrist injury he picked up during Laver Cup.

It was the second year in a row that the 19-time Grand Slam champion failed to appear in Shanghai.

"As you all probably know, I had an inflammation on my left wrist during the Laver Cup and I haven't had the time to recover and practise to be ready for this amazing event," the 33-year-old had said in a statement.

Tournament director Michael Luevano said, "We will obviously miss not having Rafa here at the Shanghai Masters. He has been an incredible supporter of the tournament and of tennis in China.

"Also, on a personal note, as well as speaking for the entire family at the Shanghai Masters, we wish Rafa and his fiance Maria Francisca all the very best for their upcoming wedding."

Comments
Topics mentioned in this article
Rafael Nadal Tennis
Get the latest updates on India vs South Africa and check out  Schedule, Results and Live Score. Like us on Facebook or follow us on Twitter for more sports updates. You can also download the NDTV Cricket app for Android or iOS.