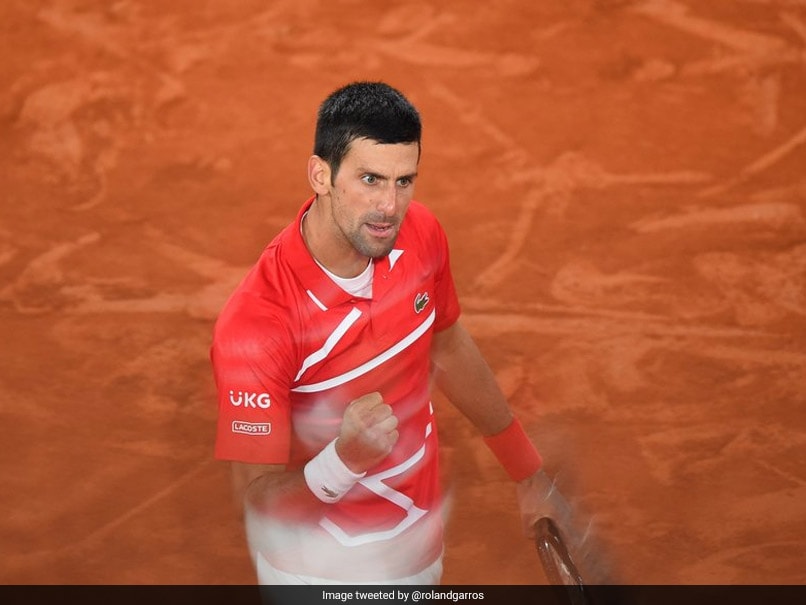 World number one Novak Djokovic said Thursday he is hopeful of playing in next year's Australian Open as he bids to chase down Rafael Nadal and Roger Federer on the all-time Grand Slam winners' list. The 33-year-old said he was "not sure" about the date of his arrival in Melbourne because of the mandatory two-week quarantine imposed due to the Covid-19 pandemic. "We hope it will change for the better, that they will shorten the quarantine period," Djokovic said. "But if that's the case, of course, most of us tennis players will have to go to Australia sooner."

Topping the world rankings since February 3, the Serbian star is almost 2,000 points ahead his main rival Nadal, who demolished Djokovic 6-0, 6-2, 7-5 in the Roland Garros final earlier this month.

He needs points from the Australian Open, where he will be the defending champion, to break Swiss great Federer's record for most weeks as ATP world number one.

"Maybe someone has a problem with the fact that I have the biggest ambitions and that I verbalise them," Djokovic told reporters after a practice session in his native Belgrade.

"But I was raised to be honest, clear and open, that is my character and personality. My goal is to be a historic number one, longest (on top of ATP list) and I am working towards that end."

The 17-time Grand Slam winner, who was disqualified from the US Open after accidentally hitting a line judge with the ball, favours replacing line judges with technology.

"I believe that when it comes to decisions about lines, technology could be more effective than human factor," said Djokovic.

Nadal and Federer have both won 20 Grand Slam singles titles.

Novak Djokovic Rafael Nadal Roger Federer Tennis
Get the latest updates on IPL Auction 2023 and check out  IPL 2023 and Live Cricket Score. Like us on Facebook or follow us on Twitter for more sports updates. You can also download the NDTV Cricket app for Android or iOS.