Rafael Nadal confirmed that he will take part in the Paris Masters, which is scheduled to run from November 2-8. 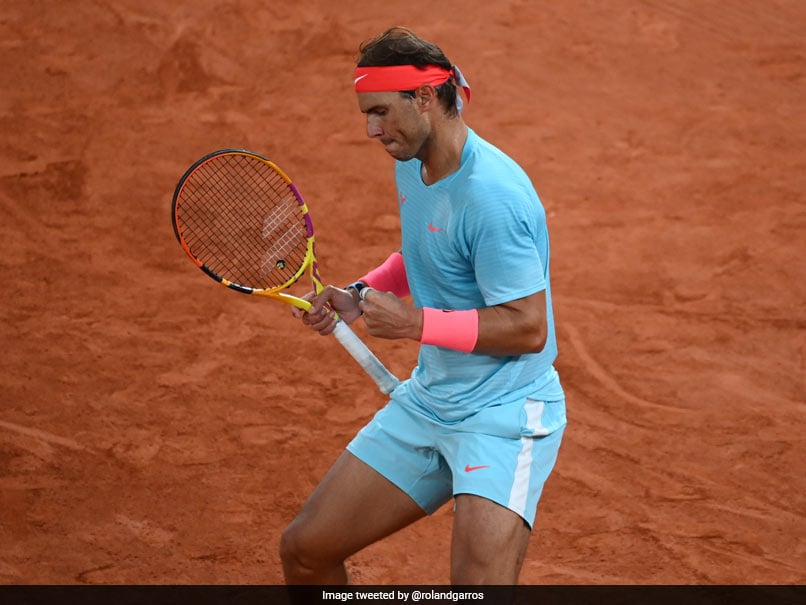 Rafael Nadal announced on Tuesday that he will compete in the Paris Masters next month, despite previously saying he might not play again this season. The 34-year-old won a record-extending 13th French Open title earlier this month with a one-sided final victory over world number one Novak Djokovic at Roland Garros. "It's indoor season time... this picture was earlier today practicing at @rnadalacademy," he posted on Twitter alongside a photo of him training. "And yes... getting ready for #ParisBercy."

It's indoor season time... this picture was earlier today practicing at the @rnadalacademy ... And yes... getting ready for #ParisBercy pic.twitter.com/SajEB4JMEW

The Paris Masters is scheduled to run from November 2-8.

Any health rules to be implemented for the event due to the coronavirus are yet to be announced.

After moving level with Roger Federer on a men's record 20 Grand Slam titles, Nadal said: "I don't know what I'm going to do after Roland Garros."

"I can't tell you if I'm going to play again or not in the next two months."

Nadal has never won the Paris Masters in his career.

He pulled out before a scheduled semi-final against Denis Shapovalov at Bercy in 2019.

Comments
Topics mentioned in this article
Rafael Nadal Tennis
Get the latest updates on ICC T20 Worldcup 2022 and CWG 2022 check out the Schedule, Live Score and Medals Tally. Like us on Facebook or follow us on Twitter for more sports updates. You can also download the NDTV Cricket app for Android or iOS.