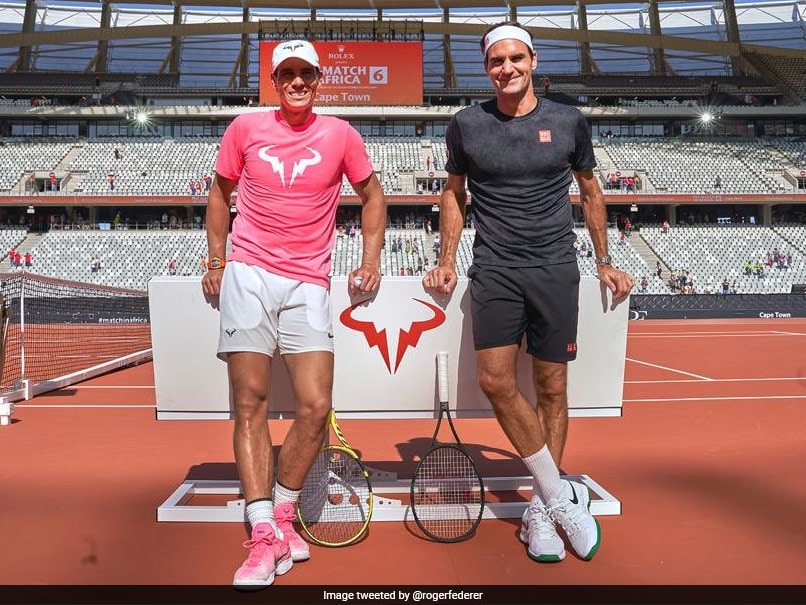 Roger Federer congratulated Rafael Nadal on the latter's 20th Grand Slam win on Sunday even as Nadal equalled Federer's all-time record of most Grand Slam titles. Nadal defeated World No. 1 Novak Djokovic 6-0, 6-2, 7-5 at Court Philippe Chatrier to win his 13th French Open title. “I have always had the utmost respect for my friend Rafa as a person and as a champion. As my greatest rival over many years, I believe we have pushed each other to become better players,” Federer wrote on Twitter.

“Therefore, it is a true honour for me to congratulate him on his 20th Grand Slam victory. It is especially amazing that he has now won Roland Garros an incredible 13 times, which is one of the greatest achievements in sport.

“I also congratulate his team, because nobody can do this alone. I hope 20 is just another step on the continuing journey for both of us. Well done, Rafa. You deserve it,” wrote Federer.

Nadal did not drop a set in Sunday's summit clash and dashed Djokovic's hopes of an 18th Grand Slam and becoming the first man since Rod Laver in 1969 to win all four majors twice.

Federer did not compete in the tournament as he is still recovering from the two knee surgeries he has had this year. He has announced that he will return to the court next year, having also pulled out of the US Open earlier this year.

Nadal, 34, made the match a one-sided affair making only 14 unforced errors compared to Djokovic's 52.