"Winning Is What You Play For": Rafael Nadal After 13th French Open Title 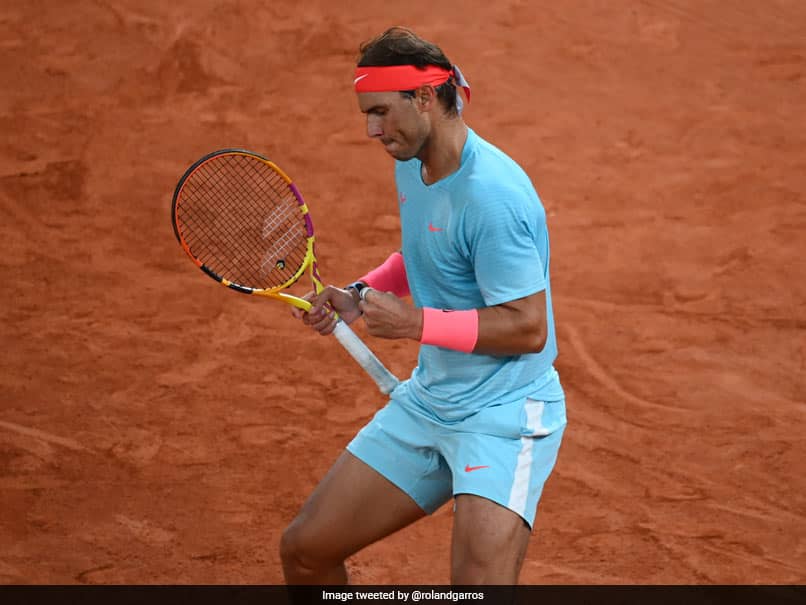 When Rafael Nadal beat the Argentinian Mariano Puerta in four sets to win his first major title at the French Open back in 2005, no one had any idea that it was the start of one of the most remarkable winning sequences in any sport. Since then, Nadal has won 100 matches at Roland Garros and lost just two. His straight-sets domination of Novak Djokovic on Sunday gave the Spaniard an extraordinary 13th French Open title. Aged 34 and a long-term sufferer of knee tendinitis and a number of other ailments from foot to wrist to shoulder, Nadal might be forgiven for packing it all in and taking life easy in his native Majorca.

The bad news for his challengers, however, is that Nadal has no intention of walking away just yet, especially as Sunday's triumph brought him level with Roger Federer's record of 20 Grand Slam titles.

"Winning is what you play for," Nadal told AFP in a telephone interview on Monday.

"In high-level competition, what counts is victory. That is a reality."

"And beyond the victory, there is an even greater personal satisfaction because at certain times I have had to make sacrifices to achieve the goal."

Nadal was just 19 when he first won at Roland Garros and quickly established himself as the King of Clay by winning four French titles in a row.

In 2009 he surprised everyone by losing to Roger Soderling in the fourth round but returned the following year to beat the Swede in the final and start another winning run of 39 matches and five titles.

Djokovic beat him in 2015 and a year later he had to withdraw after the second round with a wrist injury but he was back on top in 2017 and remains there still, as dominant as he was when he saw off Puerta all those years ago.

"What has changed is age," he laughs. "The only negative is that I am 15 years older.

"Everything else, the basic and important things in my life, have not changed much.

"I still live practically in the same place, with the same friends and the reality is that my way of life when I am out of tournaments has changed relatively little."

There is another negative, though, and that is the coronavirus pandemic which has killed over a million people since the outbreak emerged in China last December.

With tennis in lockdown for several months, Nadal struggled to keep his body and game in condition, prompting his decision to skip the rearranged US Open to focus on Roland Garros.

"After the confinement I didn't feel great, I trained very little for many weeks," he said.

"I couldn't train in the way I wanted, especially for the first two months after the confinement.

"My body suffered a little from the whole lockdown. The reality is that for bodies like mine with a lot of kilometres on the clock, a drastic stop makes the return to normal work much more complicated.

"In my case, the body responded badly for a few months and little by little things started to sort themselves out. They were tough weeks."

Nadal admits that he watched with "sadness" as the virus unfolded across the world.

"I am a sensitive person and when I see so much suffering, so many deaths, so many people having a bad time... I had a bad time," he said.

"At one point I stopped watching the news because it made me so sad it wasn't healthy. I live with worry and now it seems that things are getting worse again.

"I hope this nightmare will be over as soon as possible and that people can go back to living in a more pleasant and happier world."

As for what Nadal will be doing in another 15 years time, the Spaniard is loathe to commit.

"I am not into making such long-term plans. But I have a lot to do, with my foundation, the academy and other things that are about to start.

"For the moment I'm playing tennis... we'll see for how long."