Maria Sharapova will line up at Melbourne Park once again after it was announced on the tournament website that she would be a wildcard. 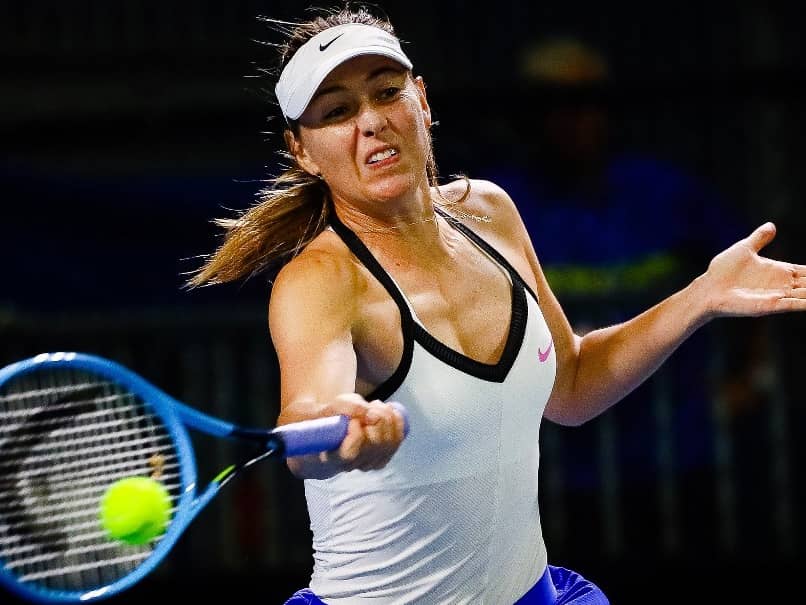 Maria Sharapova was knocked out of the Brisbane International this week in the first round.© AFP

Five-time Grand Slam winner Maria Sharapova was on Wednesday handed an Australian Open wildcard as she attempts to resurrect her career after an injury-plagued 2019. The 32-year-old, who won the Australian Open tournament in 2008, has slipped down the rankings to 147, outside automatic qualification, and was bounced out of the Brisbane International this week in the first round. But the Russian remains a big name and she will line up at Melbourne Park once again after it was announced on the tournament website that she would be a wildcard.

Until Brisbane, Maria Sharapova had not played since a first-round loss to career-long rival Serena Williams at the US Open in August, with her season ruined by a shoulder injury.

"It was a long match. I think this is going to be a good test for my shoulder, not so much right now, but maybe tomorrow and the day after to see how I feel," she said after her Brisbane defeat on Tuesday.

"I definitely lost speed on it and strength toward the end of the match, but that comes with time. I have to be patient with that."

Maria Sharapova, who made her Australian Open debut in 2003, also revealed she had been battling a virus "where I just couldn't keep anything in".

Comments
Topics mentioned in this article
Maria Sharapova Tennis
Get the latest updates on IPL 2021, IPL Points Table , IPL Schedule 2021 , live score . Like us on Facebook or follow us on Twitter for more sports updates. You can also download the NDTV Cricket app for Android or iOS.